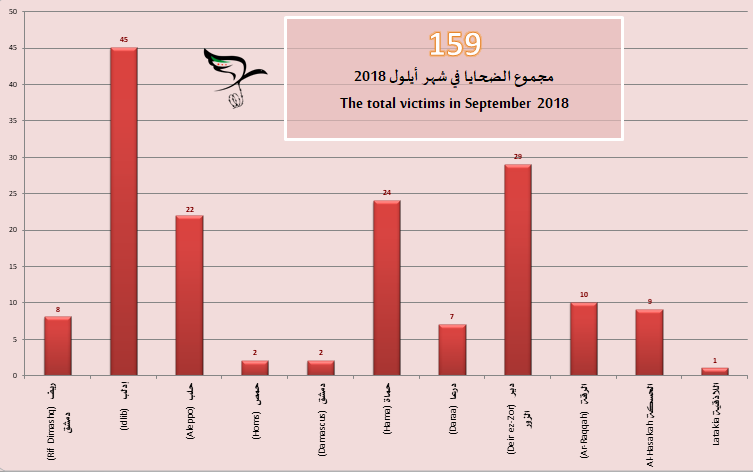 SHRC documented the deaths of 159 people in Syria during September 2018, among them 29 children, 15 women and 22 that died under torture.

Whether through live executions or mines that they left behind in towns they withdrew from, ISIS were responsible for the death of 13 people. Kurdish militias killed 11, and the Turkish Gendermerie killed four.