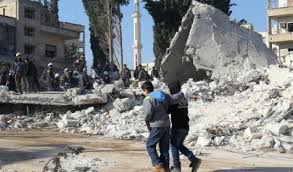 The total number of victims SHRC was able to document in Syria on Thursday 4-10-2018, reached 9 people including two children and one woman.

In the province of Raqqa  (4) people were killed in the explosion of a landmine in the city of Raqqa.

In the province of Deir ez-Zor 3 persons were killed when  a mortar shell hit their house in the town of Hajin.

A person also died in the Rif Dimashq by a landmine explosion.

A person  was killed by an explosive device while he was driving his car  in the town of Asqat in Idlib province.