Al-Sham Liberation  Body arrested civil activists in the Idlib province, a day after a wide-scale civil demonstration witnessed by the province, for the fourth week in a row.

A security force of the body arrested the lawyer Yasser Al-Saleem from his home in the town of Kafranbel in Idlib province. Salim was the head of the Revolutionary Command Council in Idlib and was a member of the opposition National Coalition. The group also arrested the activist Abdul Hamid al-Bayoush.

According to the information received from Idlib, Salim and al-Bayoush were transferred to the punishment prison of the group.

The group arrested the media activist Marwan al-Hamid from the town of Kafer-Roma a week ago and is still in detention.

The charges against any of the detainees are not known. 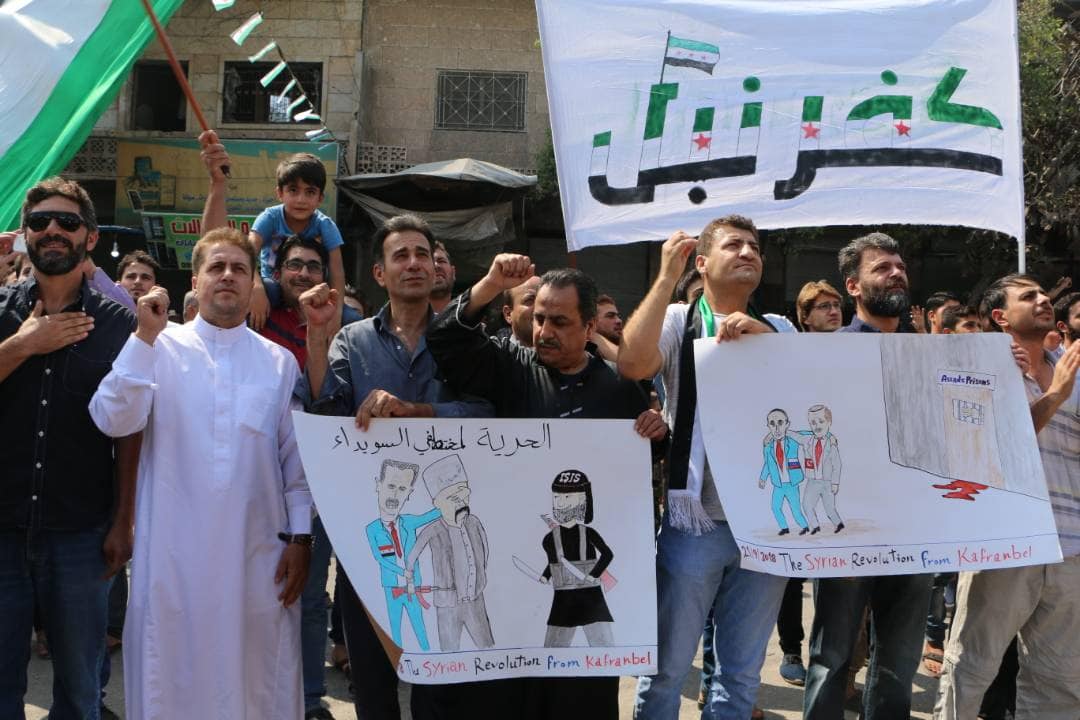