You are here: Home / SHRC's Reports / Daily reports / The daily report of victims of human rights violations in Syria 19-9-2018 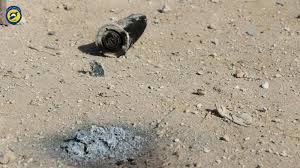 The total number of victims SHRC able to document in Syria on Wednesday, September 19, 2018, reached 3 persons including: a child and (1) died under torture.

In the province of Deir ez-Zor, one person was killed by artillery shelling of the Kurdish militia of SDF on the town of Al-Bagouz in the eastern province’s countryside.

In the province of Idlib, one person died of a cluster bomb left behind after the bombing of Khan Shykun city.

A person in Daraa province was also tortured to death in a regime prison.

1- Muhammad Nur al-Din Abdul-Khaliq al-Masri / Daraa / under torture in a prison of the regime forces.

2- Husayn al-Humeida / Deir ez-Zor / Following the artillery shelling of SDF militia on the town of Al-Bagouz.