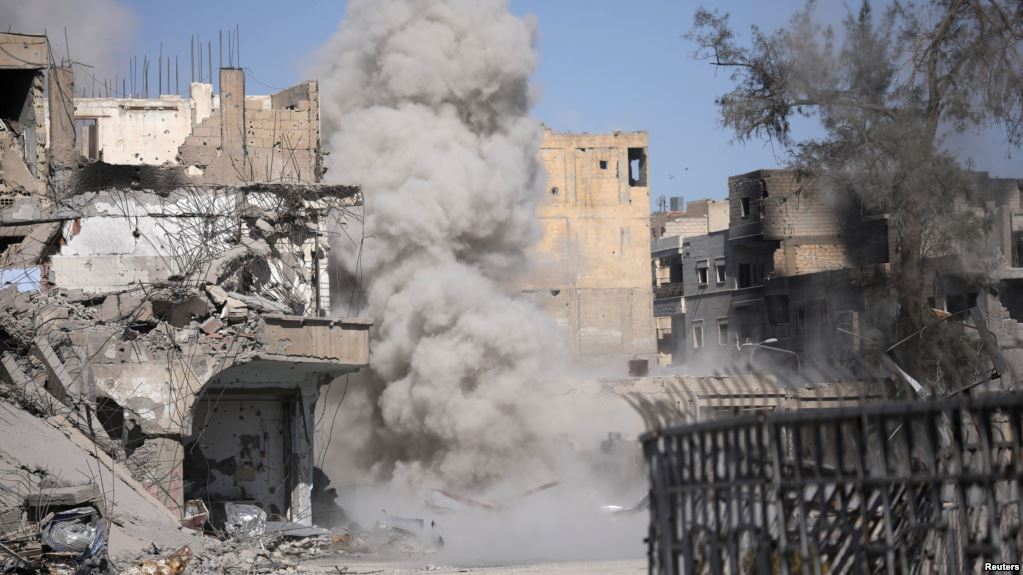 The total number of victims SHRC was able to document in Syria on Saturday 4-8-2018, reached 13 including two children and six persons died under torture.

In the province of Daraa (3) people were killed, amongst them (2) in the explosion of landmines left by ISIS in the towns of  al-Shajarah and Nafa’h, and (1) in a bomb explosion left from previous bombing on the town of Nahta.

In the province of Hama, 2 were shot by a sniper from the regime forces  Zallaqat checkpoint and the other by the artillery shelling on Zayzun village.

In  the province of Aleppo, a girl was shot by the regime forces in the town of Tadef.

In the province of al-Suwayda, a young man was executed by ISIS after the failure of negotiations with the organisation. He was kidnapped with about 30 people on 25-7-2018.

Six persons died under torture in the prisons of the regime’s forces were also documented today.

The Syrian Human Rights Committee documented the details of 13  victims which can be viewed on the Arabic web link: http://www.shrc.org/?p=32538