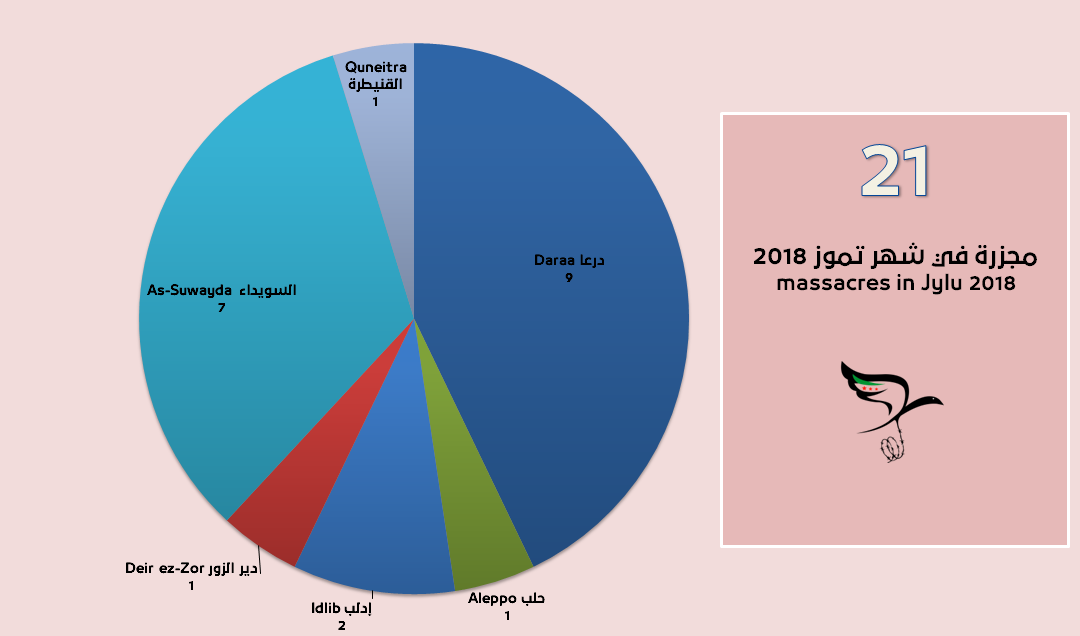 The Syrian Human Rights Committee has documented 21 massacres in the month of July- 2018.

For the first time since its inception, ISIS has been in the forefront of perpetrators, committing 8 massacres, followed by the Syrian regime, committing 6 massacres and 3 massacres committed by the Russians. It is not known who was responsible for 4 massacres of car bombs and explosive devices explosions.