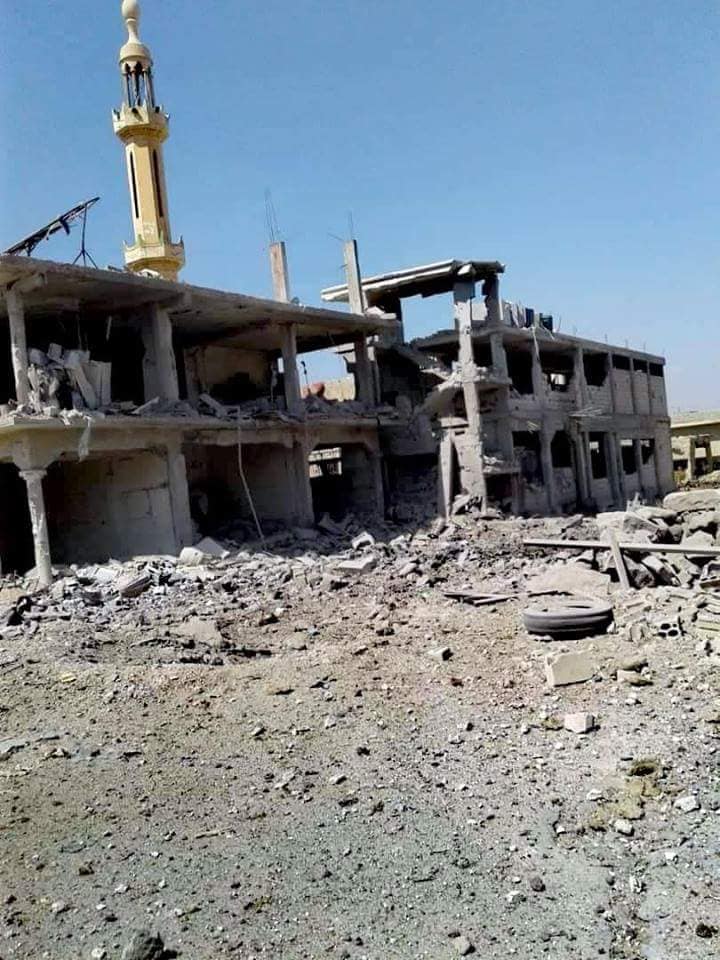 Destruction Caused by the Regime bombing of Tseel in Daraa suburbs

The total number of victims the Syrian Human Rights Committee (SHRC) was able to document in Syria on Saturday, 21 July 2018 reached 8, including two children, one woman and one under torture.

In the province of Daraa (5) people were killed by the shelling of the town of Tseel and the city of Nawa.

In  the province of Idlib, two persons were killed, one of them in the explosion of an explosive device on the road to Masstoma -Ariha and Rif Dimashq one person died under torture in the prisons of the regime forces, his family was only learnt of his death when they were issuing family registration document from the civic centre.

The Syrian Human Rights Committee was able today to document the details of 6 people as mentioned in the Arabic web link : http://www.shrc.org/?p=32405