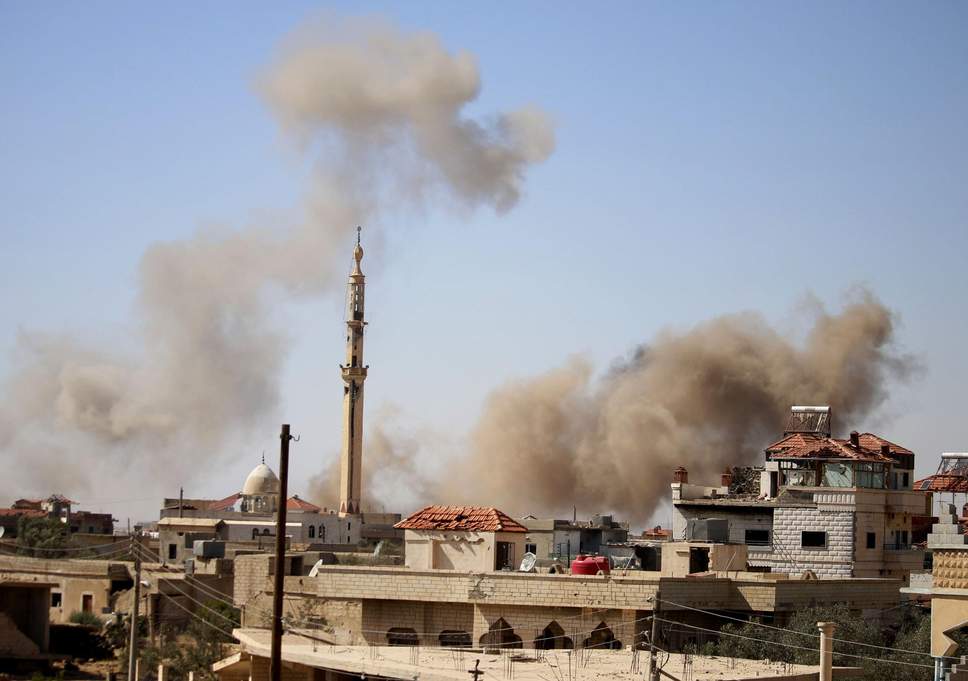 Bombing the towns of Daraa province

The total number of victims we were able to document in Syria on Friday, 20-7-2018, reached 14 people including: 4 children and a woman and 5 died under torture.

In the province of Rif Dimashq, 5 people from Daraya died under torture in the regime forces prisons, where their parents were informed of their deaths while issuing family documents from the civil registration centre.

The Syrian Human Rights Committee (SHRC) documented the details of 14 victims as mentioned in the Arabic web link: http://www.shrc.org/?p=32403