You are here: Home / Editors choice / A Massacre at a School in Quneitra 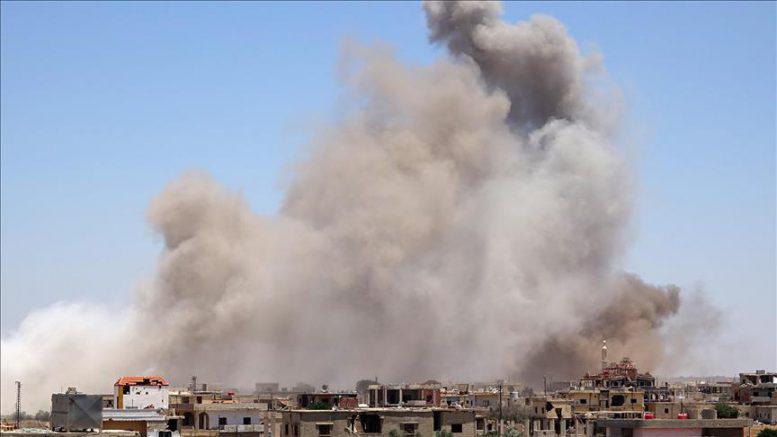 Helicopter aircrafts targeted a school sheltering displaced people in the village of Ain al-Tinah in Quneitra with explosive barresl, killing 11 people and injuring dozens of others. The village is 8 km from the border with the occupied Golan.

Among the victims is a displaced family from the town of Haarra in Daraa suburbs, the family of Yusuf ‘Izzo al-Balili.