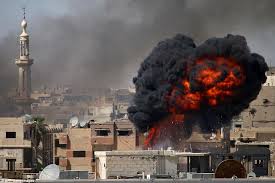 The total number of Human rights violations victims in Syria that SHRC was able to document today (Tuesday 10th July) reached 18 people amongst them 1 child, 5 women and 5 died under torture.

In the province of Idlib, 6 people were killed due to the shelling of the towns of Bdama,al-Rami, Uram alJooz, Bani Izz and Bsanqool.

In the province of Daraa, 3 people were killed amongst them 1 by the regime forces when entered the town of Saida, 1 affected by his wounds from previous shelling and 1 while passing when a car bomb went off in Sariyat-Zaizon.

In the province of Aleppo, 2 people were killed, 1 shot by an armed group when raided his house in Barad village in Afrin suburbs and the other shot by the Turkish borders guards while trying to infiltrate in the Turkish territories.

In the province of Hama, a man was killed due to the shelling of Tal-Sakhr village.

In the province of Deir ez-Zor, a man was shot by the Turkish borders guards while trying to infiltrate in the Turkish territories.

It was documented that 5 people died under torture in the regime’s prisons, 3 in Homs province, 1 in Rif Dimashq province and 1 in Hasaka province.

SHRC documented today the details of 11 victims, available on the Arabic link  (http://www.shrc.org/?p=32326 )