You are here: Home / Editors choice / The Syrian Human Rights Committee documents the death of 333 people in the month of Ramadan 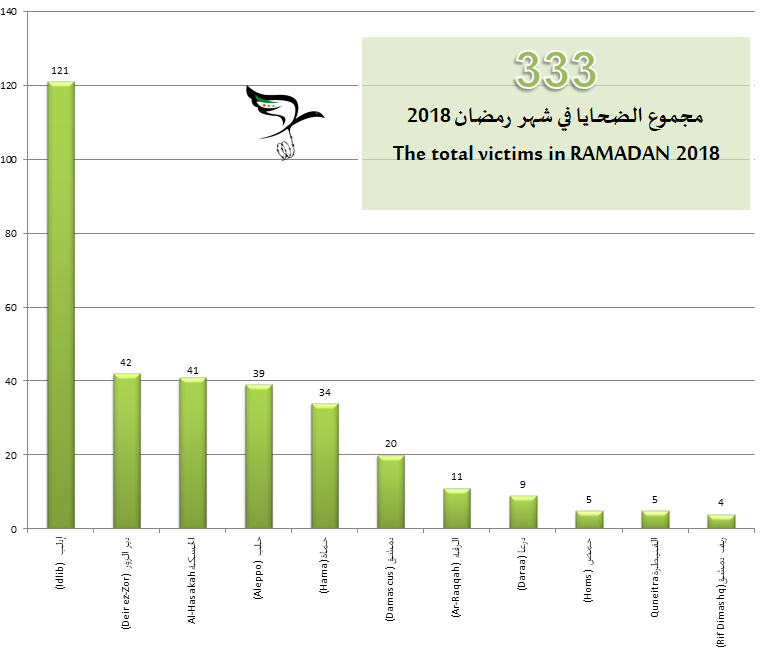 The Syrian Human Rights Committee has documented the death of 333 people throughout the holy month of  Ramadan, amongst them 63 children, 43 women and 18 who were killed under torture.

SHRC has also documented 9 massacres during Ramadan, amongst them 4 in Hasaka province, 3 in each Idlib province and 1 in each of Damascus and Hama province.