You are here: Home / Editors choice / Warplanes committed a massacre in Taftanaz 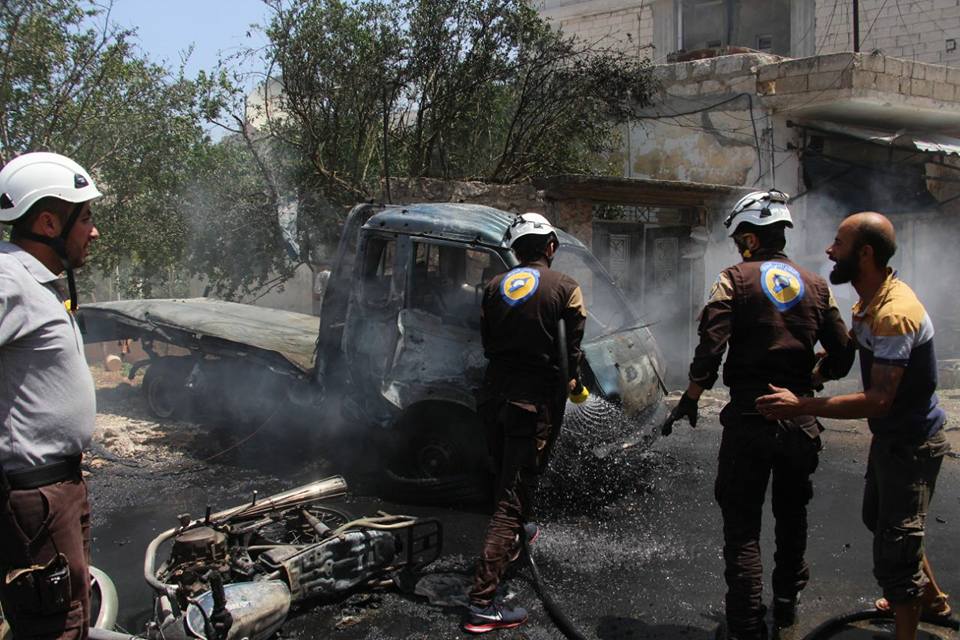 Today Sunday the regime’s warplanes targeted several areas in Idlib province with a number of raids that left 16 deaths and no less number of causalities.

In Taftanaz the warplanes targeted the residential areas and al-Noor children hospital killing 12 people, the bombing of Binnech resulted in killing a girl and seven other causalities.

The areal raids on Ram-Hamadan town also left one dead and 8 causalities.

The regime’s semi-official media said the raids came in response to attack by Sham Liberation organisation on the towns of Kafriya and al-Fuwa at dawn today.

The Sham Liberation Organisation announced that it had targeted with Sarayya Daraya the two besieged towns in response of the massacre of Zardana, which occurred on 7/6/2018 and killed 42 people.