You are here: Home / Editors choice / SHRC documents 10 Massacres in May 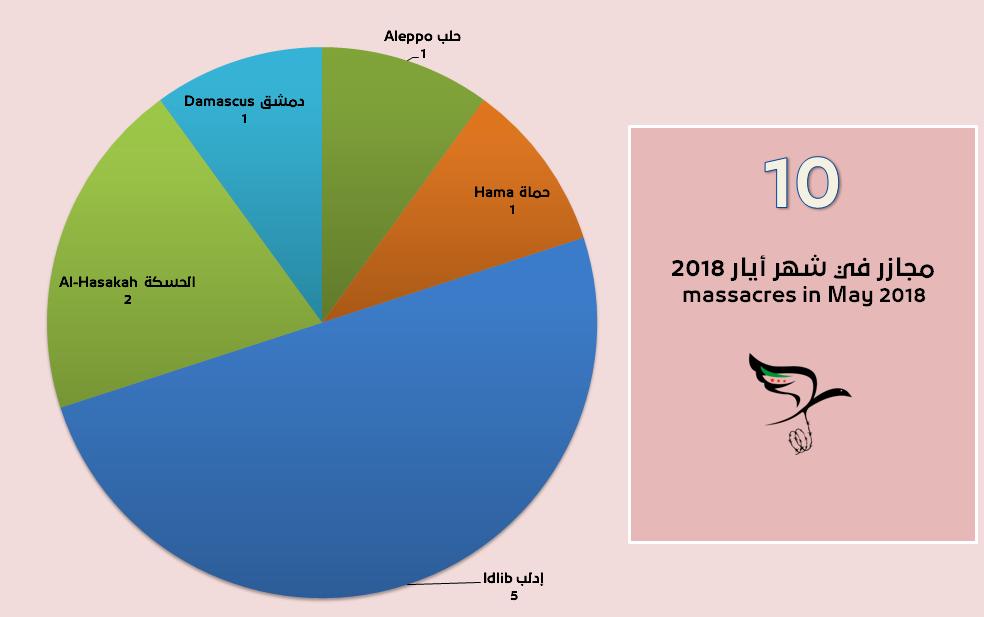 The Syrian Human Rights Committee (SHRC) has documented 10 massacres throughout the month of May 2018 in Syria.5 massacres took occurred in Idlib province, 2 in Hasakah province and 1 in each of Aleppo, Damascus and Hama.

The Syrian regime was the first among perpetrators as it was responsible for 3 massacres, whilst both of the Russian forces and the international coalition committed 2 each, but the perpetrators of 3 other massacres are not known as of yet.