You are here: Home / SHRC's Reports / Daily reports / Daily Report on the victims of the human right violations in Syria, 2-6-2018 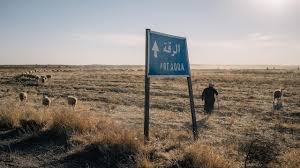 The number of victims SHRC managed to document in Syria on Saturday 2-6-2018 reached 6 people, amongst them one child.

In Al-Raqqah province 3 people were killed due to exploding mines which are remnants of ISIS in the city of Raqqah and in the area of Al-Habah in the rural area of the province.

In Aleppo province 2 people were killed due to a cluster bomb explosion remnant of the regime’s bombardment of the city of Hayyan.

One person was killed due to bombing by the international coalition on the town of Al-Sousah in Deir ez-Zor province.

The Syrian Human Rights Committee documented the names and details of 6 victims, for further information, please refer to the Arabic web link:  http://www.shrc.org/?p=32071