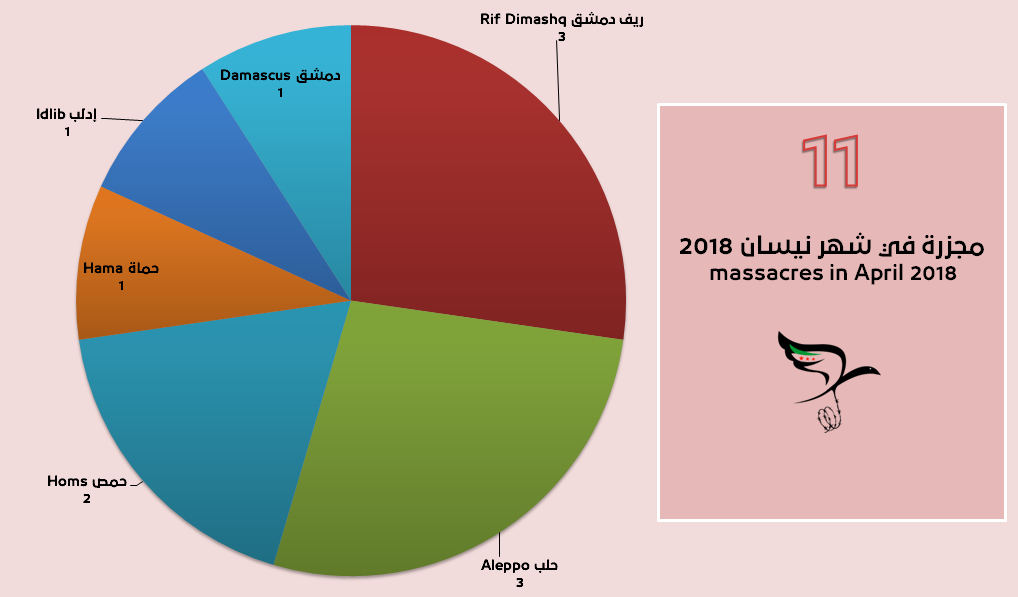 The Syrian Human Rights Committee (SHRC) documented 11 massacres in Syria throughout the month of April 2018, 3 of which are perpetrated in the Eastern Ghouta (Rif Dimashq province), 3 in Aleppo province, 2 in Homs province and 1 in each of Damascus city, Idlib and Hama provinces.

The Russian forces are theleading among the massacres perpetrators when they committed 6 massacres, followed by the Syrian regime which committed 4 massacres, and 1 massacres caused by a landmine which is believed to be planted by the Kurdish Syrian Democratic forces.