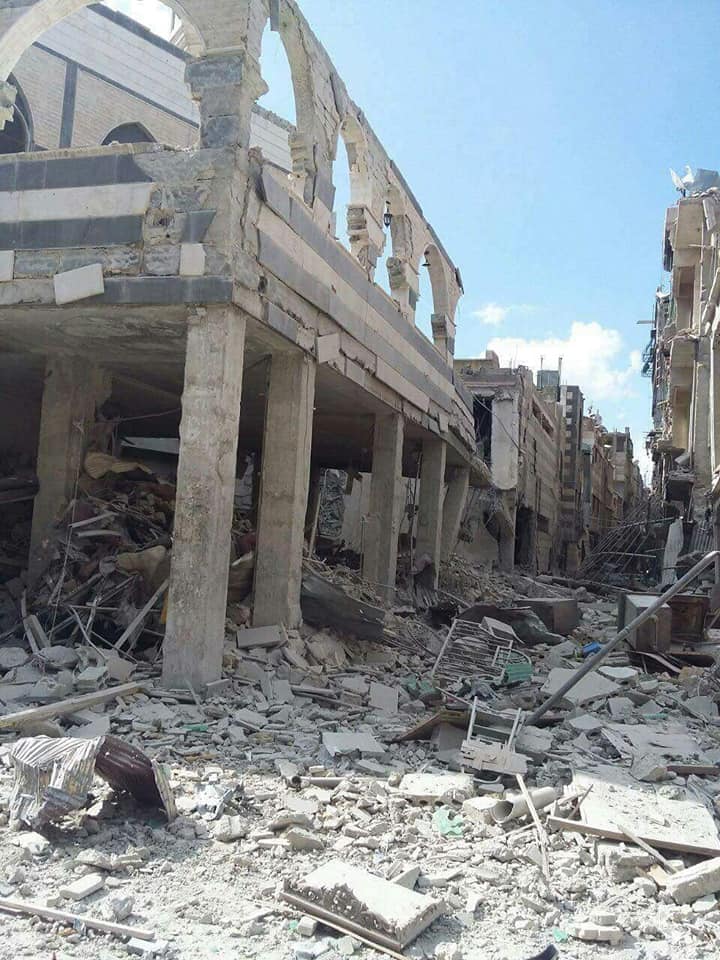 In the capital Damascus (4) persons were killed due to the regime forces’ ongoing shelling on Yarmouk camp south of the capital.

In the province of Idlib, (2) persons died : (1) affected by his wounds due to the bombing of al-Naseem neighbourhood some days before, whilst the body of another person was recovered from the Syrian –Turkish borders.

In the province of Homs, (1) person died affected by his wounds due to the shelling of Jawalik village.

SHRC was able to identify today the names and details (6) persons whose names are available on the Arabic link (http://www.shrc.org/?p=31853).