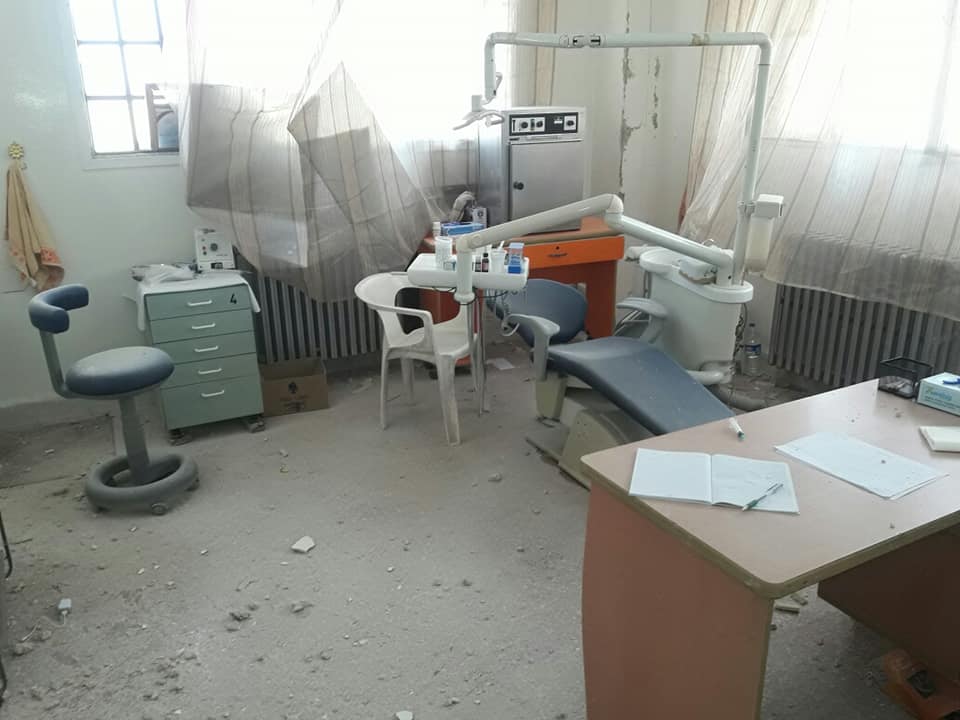 Al-Ameen Medical Compound is located in the north-east of the city of Ariha in the southern countryside of Idlib. It was established with the support of the ” Turkish Religious Waqf”.

At 11:09 on Sunday, 1st of April 2018, a Syrian regime warplane launched a missile targeting Al-Amin Medical Compound, causing substantial damages, and rendering the compound out of service.

The shelling targeted the building of the compound, destroying the primary health care and physiotherapy units. The medical facilities were destroyed and three medical personnel as well as two of the visitors were present at the time of the shelling were injured.

The shelling also caused substantial damages to five ambulances (mobile primary care system) and rendered them out of service. The missile also penetrated the roof of the compound warehouse, destroying large amounts of the relief materials and medicines. 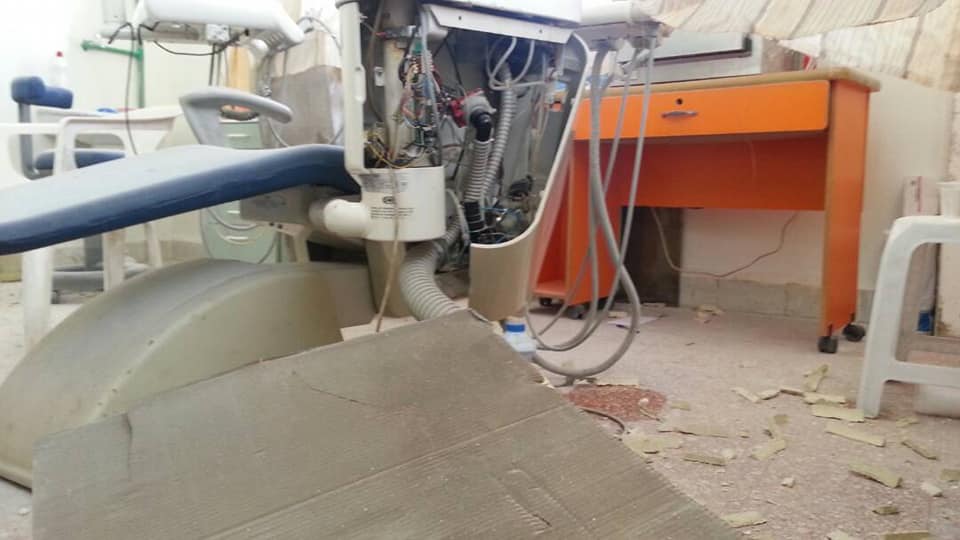