You are here: Home / SHRC's Reports / Daily reports / The Daily Report of Victims in Syria (Thursday 5-4-18) 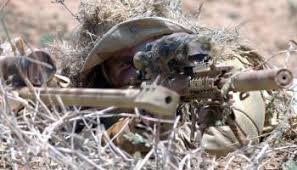 In the province of Raqqa, (3) persons were killed due to the explosion of landmines left previously over by ISIS.

In the province of Idlib, (2) persons were killed; (1) by shelling of the village of Mar’and and the other (1) is a child, shot dead by the Turkish borders guards while trying to infiltrate with her family into the Turkish territories.

In the province of Daraa, (1) person was shot by a sniper at the outskirt of Daraa Camp.

In the province of Rif Dimashq, (1) person was shot by a sniper, stationed in a building in the town of Misraba.

SHRC was able to document today(6) victims, whose details are available on the Arabic website link (http://www.shrc.org/?p=31761).