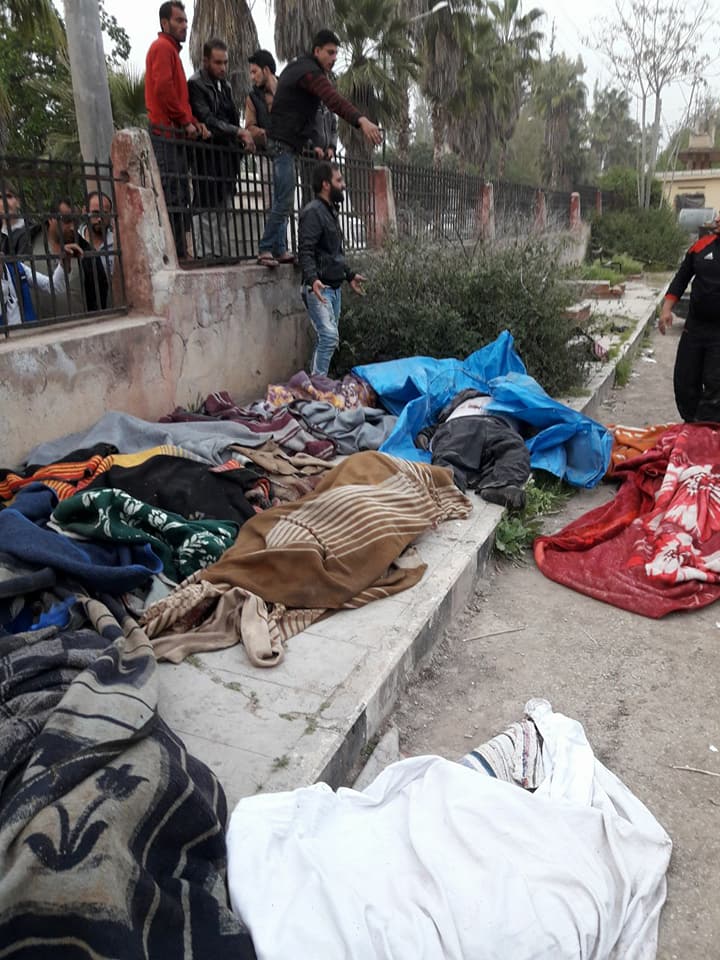 On Thursday, 22-3-18, 4.11 PM, Warplanes believed to be Russian launched six missiles on the popular market (known also as Green Grocery market) in the city of Harem, north west of Idlib, which caused in a horrible massacre and huge destruction and damages to the shops and the area as a whole.

The SU22 warplanes targeted ( at 4.11 PM) the main street leading to the popular market with two high explosive missiles in the first raid. Civil defence team arrived at 4.14 and started to rescue the wounded.

The warplanes returned for the second raid at 4.20 PM, targeting the market again with two missiles, one of which loaded with phosphorous bombs which led to huge human losses and the burning of many shops.

The total number of the massacre reached (43) persons, (16) of whom not identified, (31) died instantly on the scene, whist the remaining died later affected by the wounds.

Whilst the ambulancing operation of the wounded and mortalities took one hour, and the rescue operation of those trapped inside their buildings lasted 17 hours.

Names of some victims killed in the massacre: