You are here: Home / Editors choice / Statement on the current events in Eastern Ghouta 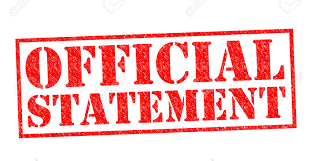 As the Syrian regime and its supporters tighten their grip over the towns of the Eastern Ghouta which have already been under strict siege for five years, their towns destroyed and deprived of all life’s essentials,  and along with the displacement of tens of thousands from their towns to the north of Syria,  they arrest male adults aged between 16-50 years old in order to send them to the front lines to fight in defence of the regime. Numerous eyewitnesses narrated to SHRC the stories of the abduction of men from the streets and arrests of others from their homes where they are then transferred  to detention centers to undergo intense military training and join the regimes army.

The regime security apparatuses and the so-called National Defence Army have arrested hundreds of others and hid them in  secret detention centers on charges of opposing the regime. There have been testimonies confirming that the regime and its militias have prepared lists of thousands of Ghouta residents to arrest and interrogate on charges of opposing the regime or sympathising with the opposition; or at least participating in relief or emergency work during the Russian air destruction and the regime’s ground shelling of the towns of Ghouta.

The Syrian Human Rights Committee has also learnt of the spread of field executions in the eastern towns of Ghouta. 23 civilians, including farmers in Kafr Batna, and other number in Saqba were executed simultaneously by the regime militia.

In the meantime, the regime’s forces and its supporting militias arrest the wives and relatives of opposition members and those suspected of opposing the regime, and hide them in secret centers. Numerous wives of those executed in Kafr Batna and other women from the eastern Ghouta have been arrested. The regime’s army and militia also carry out extensive and systematic operations of looting homes abandoned by their residents, or breaking into homes and stealing their belongings at gunpoint. The images and videos have been broadcasted from the eastern Ghouta show “ta’fish”.
The Syrian Human Rights Committee unequivocally condemns these inhumane acts and all violations against the conventions and treaties guaranteeing the safety of civilians. SHRC holds the Syrian regime and supporters: the Russians, Iranians, and all Lebanese, Iraqi, Afghan and other sectarian militias for perpetrating genocide and crimes of war and against humanity. SHRC also calls on the international community to assume its responsibilities towards what is happening in the Eastern Ghouta in particular and Syria in general.