You are here: Home / SHRC's Reports / Daily reports / The Daily Report of victims in Syria on Sunday (25th March 2018) 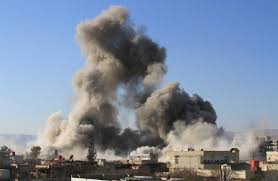 A decomposed body of an individual from Deir ez-Zor province who died in January because of the severe cold, was recovered and identified today on the Syrian Lebanese borders.

In the province of Raqqa, a person was killed by a landmine planted previously by ISIS.

SHRC was able today to identify (5) victims, whose names and details available in Arabic on the Arabic website link (http://www.shrc.org/?p=31700).