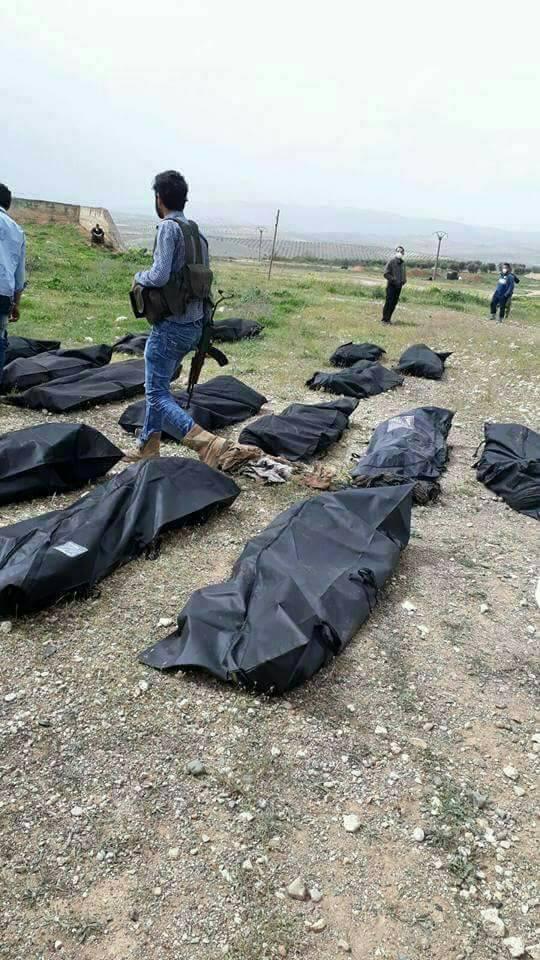 The Civil Defence in the province of Aleppo discovered a mass grave in the town of Kamrock in Afrin countryside, following taking over of the region by the armed opposition factions several days ago.

According to civil defence sources, the mass grave contains about 70 bodies, 33 of which have been recovered so far. Some of the bodies are believed to belong to the fighters of the Army of the Sunnah faction were identified. It is an opposition faction from the city of Homs, some of which left to the north in 2014. They were killed in Ain Dukna, in a battle that the opposition fought against the Syrian Democratic Forces in April 2016.

The Syrian Democratic Forces placed the bodies of the killed fighters in 2016 on an uncovered truck and toured them in a celebratory a manner in the centre of  Afrin. 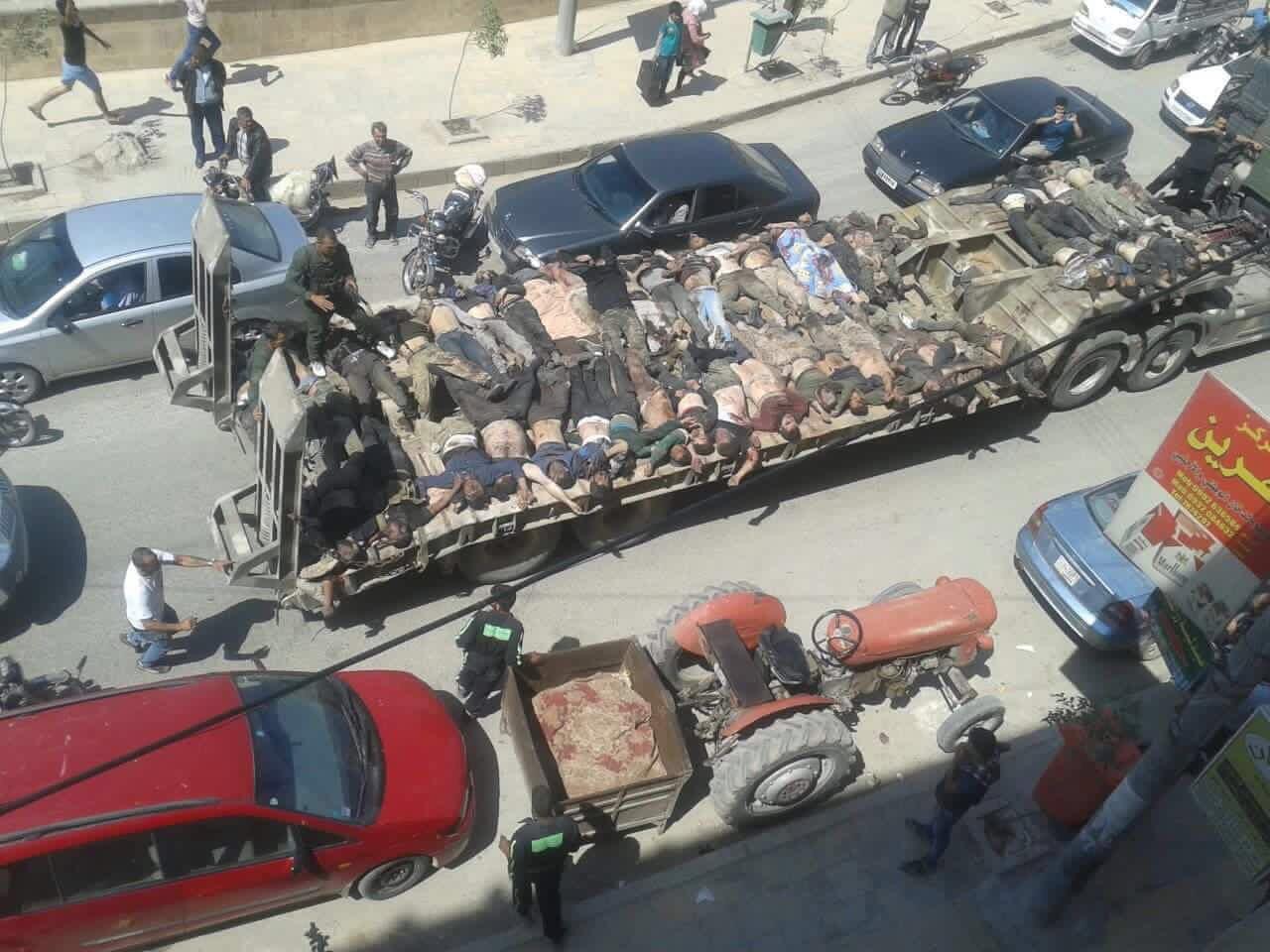