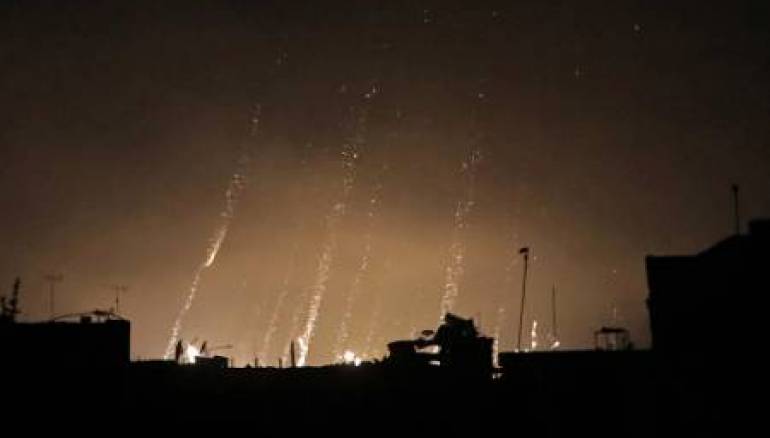 In Rif Dimashq province, (43) persons were burnt including entire families when their shelter in Arbin was targeted with the  Napalm incendiarybombs.

In the province of Idlib, (12) persons were killed, of whom (10) were recovered from rubbles following the bombing of the popular market in Harem by the Russian warplanes the day before. Another (1) was killed due to the bombing of Ma’arat Misrin town and (1) was shot dead by the Turkish borders guards.

In the province of Homs, (1) person was killed due to the shelling of the residential areas in Talbisah.

In the province of Daraa, (1) person was killed due to random shelling .

SHRC was able today to identify (47) victims, whose names and details are available in Arabic on the Arabic website link (http://www.shrc.org/?p=31678).