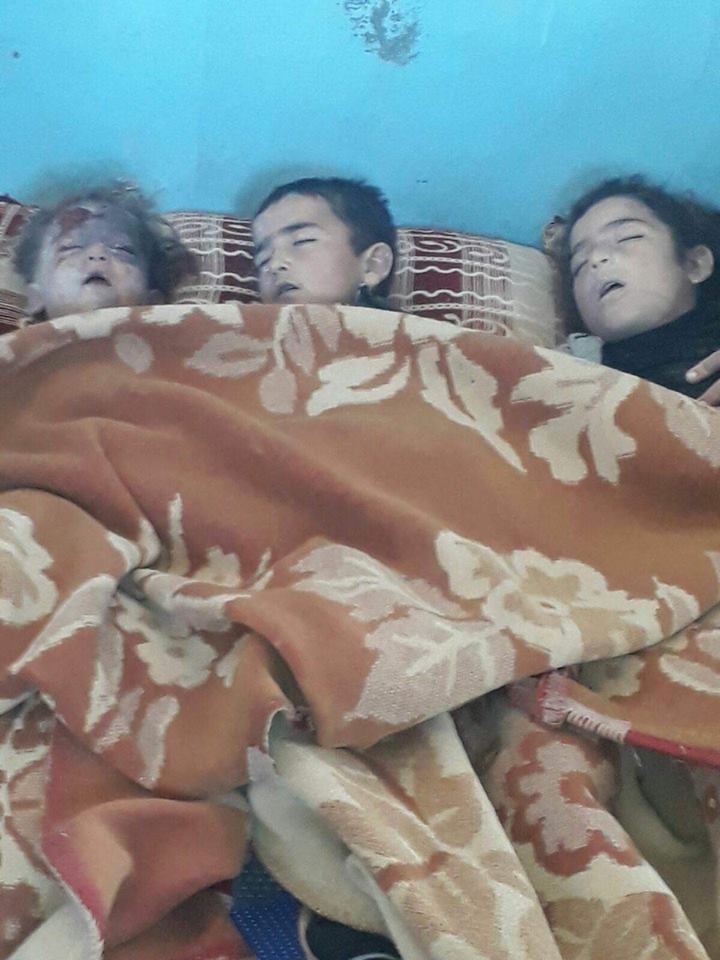 On Wednesday morning, 21st March 2018, the Russian and Syrian regime warplanes committed a brutal massacre against the civilian residents of Kafr Batikh, in the suburb of Idlib, killing (22) civilians, most of whom are children and women while also causing massive destruction to the houses and infrastructure of the town.

It took the Civil defence teams over 3 hours to recover 9 bodies (7 children and 2 women) from a cave where school children and their mothers initially took refuge. However the Russian warplanes hit them with concussion bombs burying them alive in a 4 meter deep hole.

Names of some victims