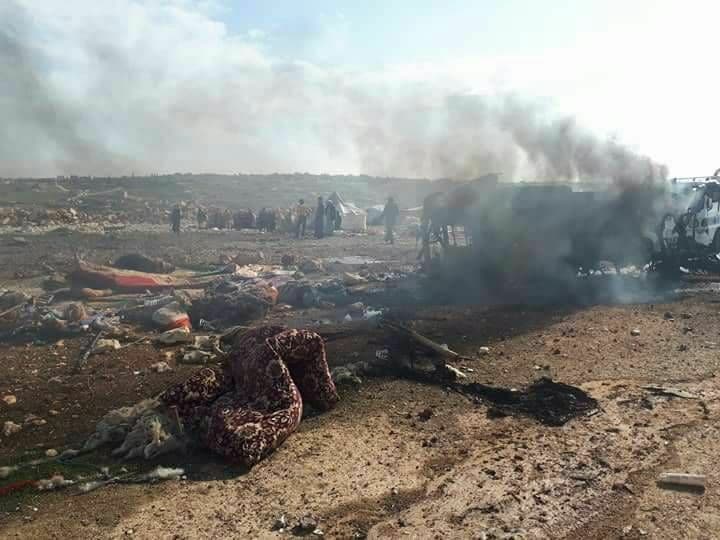 In the province of Rif Dimashq, (107) persons including (89) were killed due to the air strikes and artillery bombardment by the regime forces, Russian warplanes and Iranian backed militia on the towns of the Eastern Ghouta: Victims are divided as: (60) in Douma, (17) in Arin – including (14) pulled out the rubble due to targeting a shelter the day before, (9) in Harasta and (3) in Ain Terma. (19) persons also were killed due to two rockets targeted Kashkul market in Jaramana at the outskirts of Damascus city.

In the province of Idlib, (10) persons were killed by the Russian warplanes by targeting a camp for refugees from Oqairibat near Hass in Idlib countryside.

In the province of Hama, (1) person was killed due to the artillery shelling of agricultural area in Latamna town.

SHRC was able today to identify the names and details of (101) victims available in Arabic on the Arabic website link (http://www.shrc.org/?p=31642).