You are here: Home / Editors choice / Horrific Massacre at Hazzah 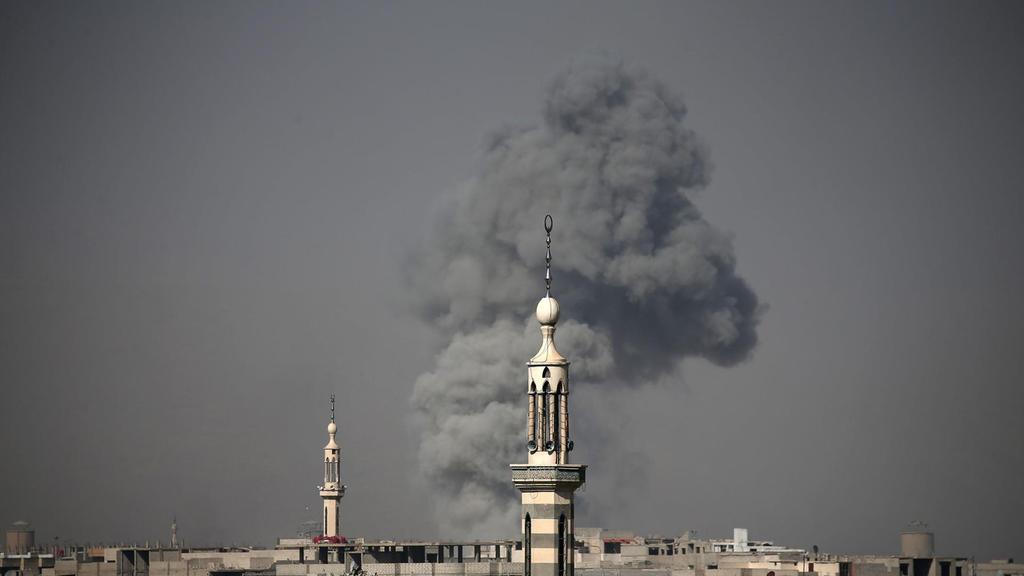 On Thursday 15th march, the Syrian regime forces continued its campaign against the town of Hazzah in the Eastern Ghouta, the province of Rif Dimashq whichclaimed the lives of (7) persons.

The town was a target today of (14) warplane raids, (10) raids of helicopters loaded with explosive barrels and over (70) rockets and rocket launcher shells, in addition to two rockets loaded with cluster bombs.

It was noted that two children and a civil defence volunteer were among the victims.