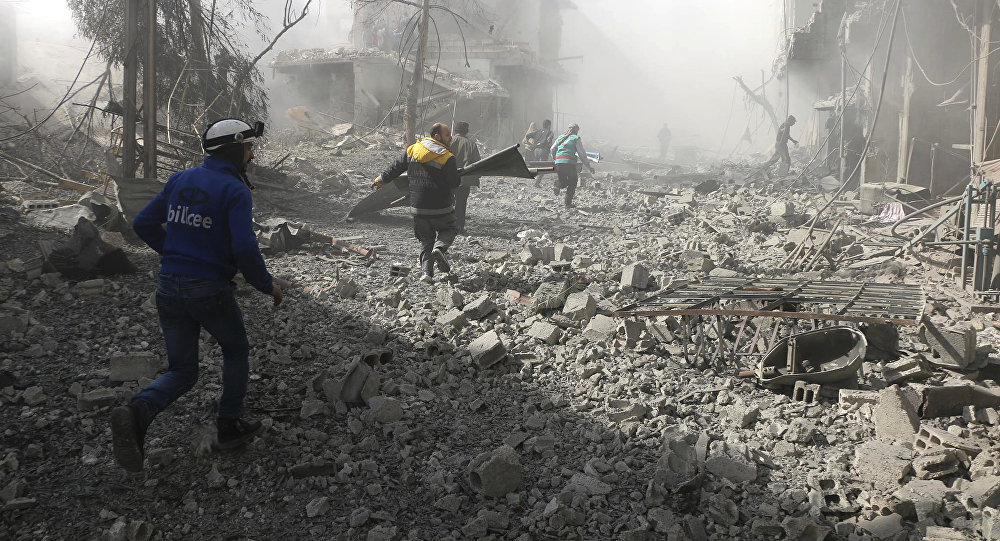 In the province of Rif Dimashq (30) persons were killed due to the Syrian regime & Russian warplanes air strikes and artillery bombardment on the towns of the Eastern Ghouta. Victims were distributed as (12) in Jissrin, (4) in Harasta, (3) in each of Arbin and Misraba, (2) in each of Hezzah and Ein Terma and (1) in each of Bait Sawa, Kafr Batna and al-Ghouta.

In Aleppo province (6) persons were killed including (5) due to Turkish shelling on the towns of rural Ifrin and (1) by a landmine in Azaz city.

Another (1) person was killed by a sniper shooting in Tair Ma’alah in Homs countryside.

SHRC was able today to identify the names and details of (36)  persons available on the  Arabic Website.