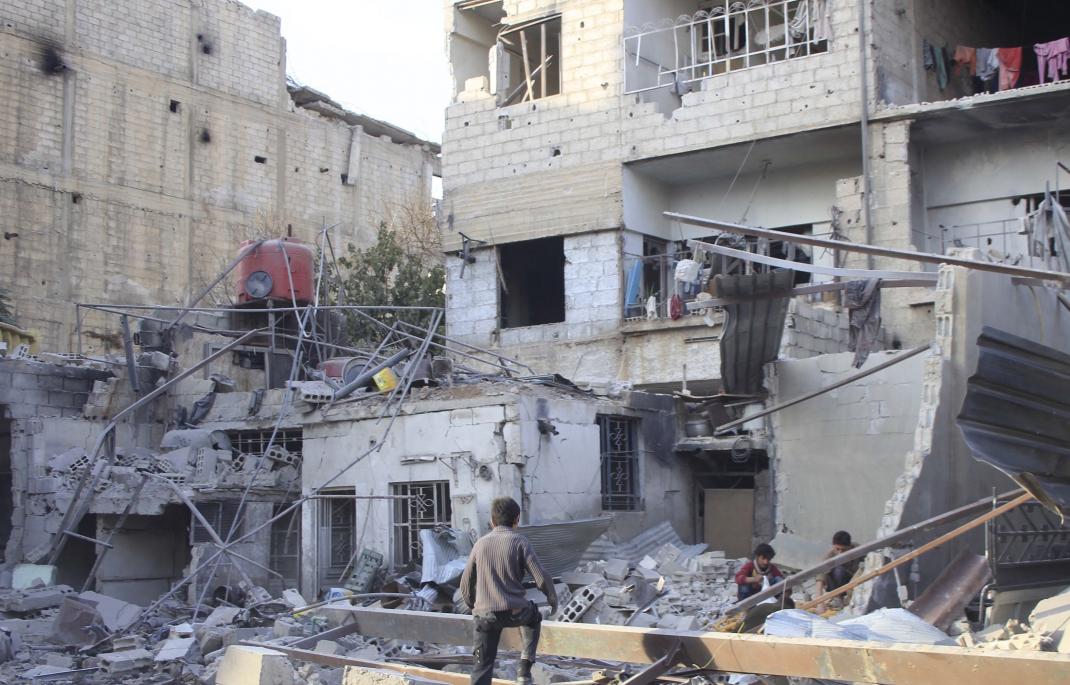 Death toll of victims on Thursday 1st March 2018 as documented by SHRC was 44 persons including 5 children, 4 women and 1 under torture

In the province of Damascus countryside 18 persons were killed due to the regime’s – Russian air strikes on the towns of the Eastern Ghouta, in addition to a child who died of short breath because of the poisonous gases bombardment on al-Shifoniyah few days ago.

In Aleppo province, 11 people were killed 8 of them due to unknown bombardment at al-Muhandiseen rural area, 2 due to the Turkish bombardment on Efrin, and 1 due the fight between Sham Liberation group and Syria Liberation Front.

In al-Hasaka province, 6 were killed due to the air strikes of the international coalition on the southern countryside, 2 also were killed in the Kashif neighbourhood in Daraa province.

In Deir ez-Zor province, 5 were documented including 3 whose bodies were discovered at Abul-Naitel desert and whose death circumstances were not known as well. 1 was killed due to landmine left by ISIS and 1 under torture in the regime’s prisons in addition to 2 killed by snipers in Homs province.

SHRC was able to identify 28 victims whose names and details are available in Arabic website.