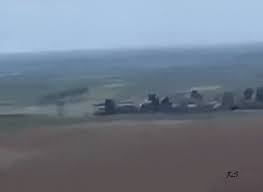 The Syrian Human Rights Committee (SHRC) was able to document on Sunday (25/02/2018) the killing of 56 civilians in Syria including 11 children and 2 women.

In Damascus Countryside province, 28 civilians were killed, 26 out of them due to the bombardment on the towns of Eastern Ghouta by the Syrian regime – Russian alliance. Victims were distributed: 5 in al-Rayhan, 4 in Erbin, 4 in Douma, 3 in Sakba, 2 in al-Nasahbiya, 2 in Sakba and 2 in Bait-Sowa and 1 each in Hamouriyah, Maliha, Otaya, and Hazrma.  A child from the town of Shifonia died of suffocation due to the shelling of the town by chlorine.

Another 45-year-old child died of lack of infant formula due to the siege of the Ghouta.

In Deir ez-Zor province, 17 local residents were killed, 16 of them due to air strikes by the Global Coalition on a camp of displaced people between the towns of Soosah and Sha’fah. And 1 was killed by a landmine left by ISIS at the town of Sowaidan Jazeera.

In Aleppo province 5 civilians were killed, 4 of them from one family (mother and her three children) due to the fighting between Sham Liberation group and Syria Liberation Front. Another 1 was killed due to the Turkish bombardment of water bridge in Ifrin countryside.

SHRC identified and documented 30 names dictated in details on the Arabic web.