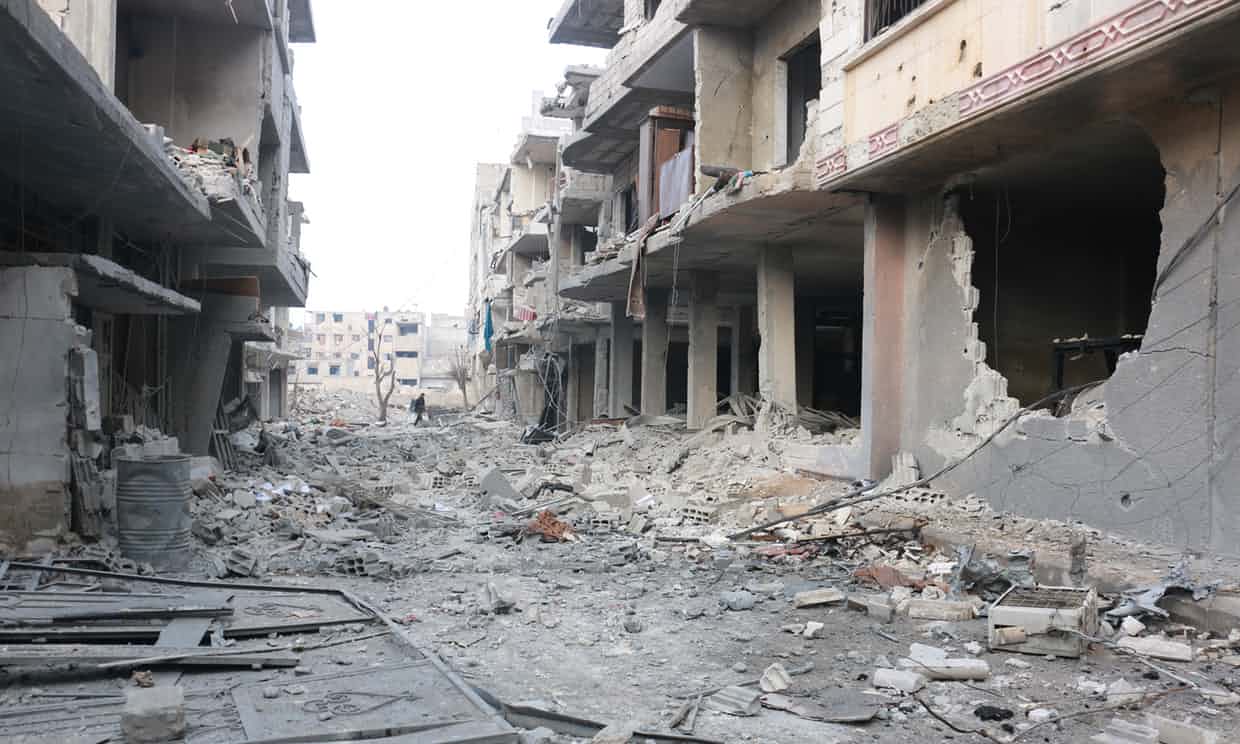 The Syrian Human Rights Committee (SHRC) was able to document on Saturday (24/02/2018) the killing of 74 civilians in Syria including 22 children and 19 females.

In Damascus Countryside province, 58 civilians were killed due to the bombardment on the towns of Eastern Ghouta by the Syrian regime – Russian alliance. Victims were distributed: 29 in Douma, 9 in Ein Terma, 5 in al-Shifouniyah, 4 in Harasta, 3 in al-Asha’ri, 2 in Sakba and 1 in each of al-Aftaris, Zamalka and Hazzeh.

In Idlib province 2 were killed due to the clashes between Al-Sham Liberation Board and Syria Liberation Front in Mohrat Misrin in countryside areas.

Four fatalities were documented because of a landmine left by ISIS. Four were also killed due to the artillery bombardment on Kafr-Zita in Hama countryside.

SHRC identified and documented 58 names dictated in details on the Arabic web.