You are here: Home / Editors choice / Arrival of Bait Jinn displaced to Daraa 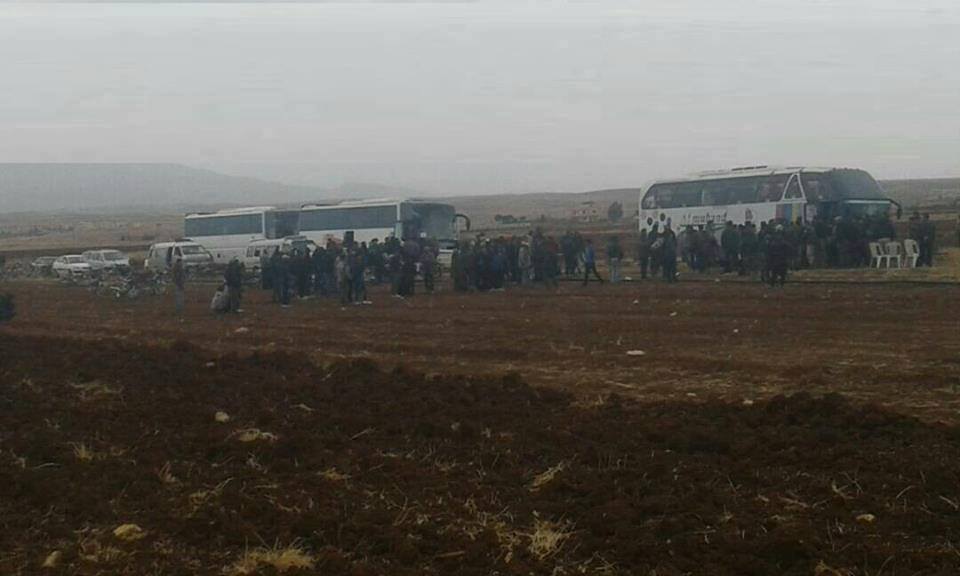 The first group of displaced people from Bait Jinn town, in southwestern Rif Dimashq, arrived at dawn on Saturday to Al-Ghariyah town in eastern rural Daraa. The convoy consisted of six buses containing 170 people, including one hundred civilians.

The opposition factions in Bait Jinn reached an agreement with the regime’s forces on Monday requiring fighters, and whoever wishes of civilians, to go to Daraa and Idlib with only personal weapons and to hand over the town to regime forces.

The agreement came after nearly four months of fighting between armed opposition factions and regime forces in Bait Jinn.