You are here: Home / Editors choice / Lebanese Militia Mourns a Minor of its Combatants in Syria 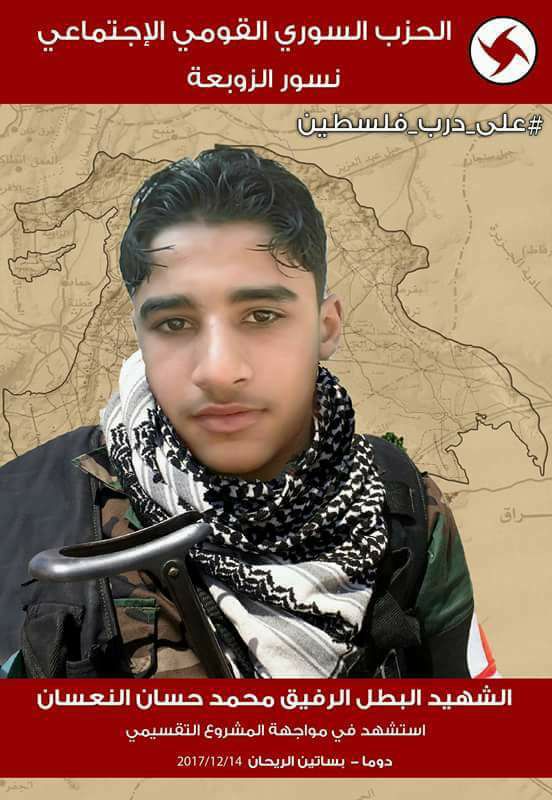 The party mourned the minor combatant in their propaganda publication

The Syrian Social Nationalist Party in Lebanon, of the parties affiliated with the Syrian regime, mourned one of its combatants killed in Syria whilst fighting besides the regime’s forces.

According to the party’s announcement, the fighter, Mohamed Hassan Al-Na’saan, was killed in Douma city on 14/12/2017. He was born in the year 2000, meaning he had not yet even reached the age of 18.

The party has mourned several of its minor combatants over the past few years. It also defends its policy of recruiting children in its military wing, called ‘Eagles of Whirlwind’, and sending them to fight in Syria. Furthermore, the party regularly promotes its policy of child recruitment. 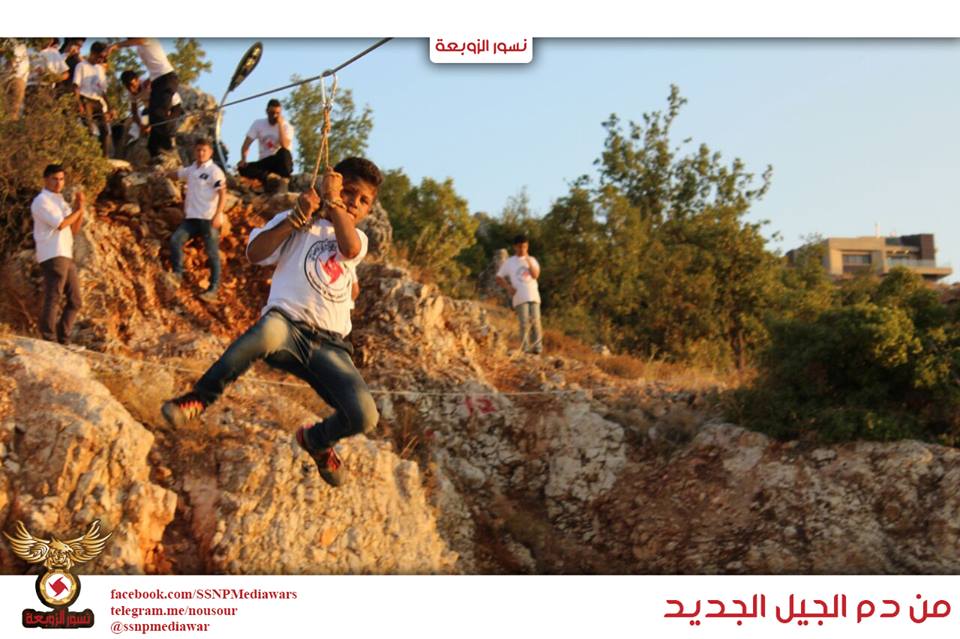 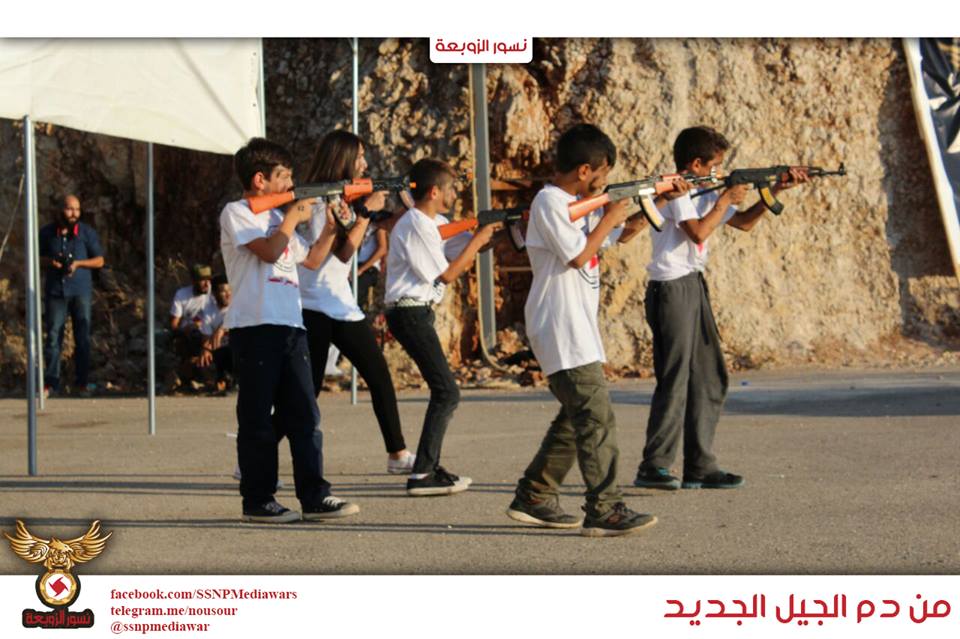 Of the party’s propaganda publications that promotes the military training the children receive in the ranks of the military wing ‘Eagles of Whirlwind’.