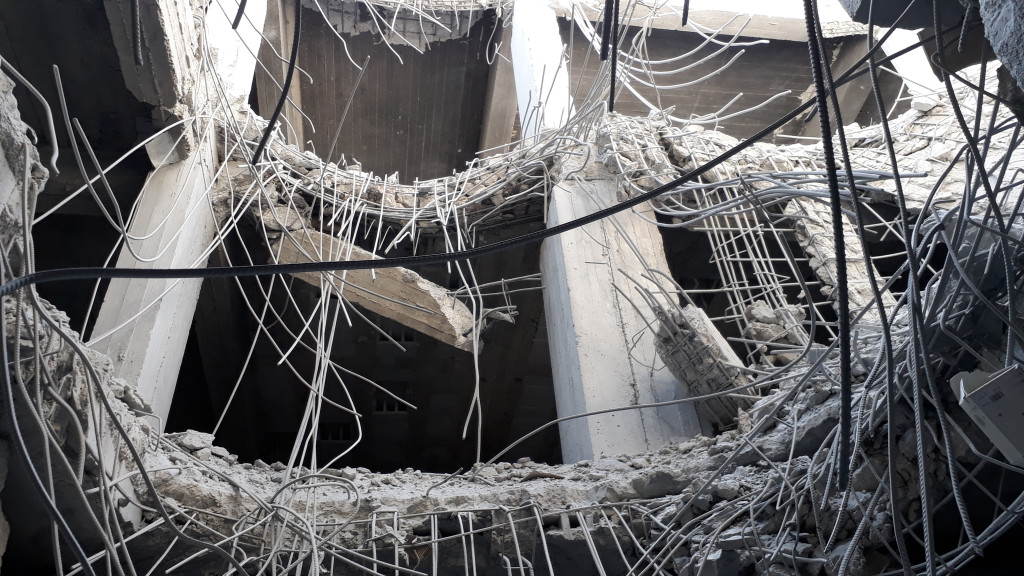 Sham Hospital is located in the southern outskirts of Kafr Nabl city within the southern rural Idlib province and is governed by the Hama Health Directorate.

The hospital serves around 600,000 people residing in rural areas of Hama and Idlib. It receives around 4000 patients and conducts 400 surgeries per month. It also contains a Computed Tomography scan (CT scan) device, considered to be one of the rare medical devices within the region.

At 6:35am on Tuesday morning the 26th of September 2017, warplanes thought to be Russian carried out three air raids dropping high-explosive interstitial missiles directly onto the hospital, causing major material damage and putting it out of service.

The missiles vertically penetrated the three Reinforced Concrete stories of the hospital, then landed and exploded in the Operations and Care Department, resulting in the hospital’s complete destruction.

The bombing also caused major material damage to all of the hospital’s internal equipment and ambulances.

It is noteworthy that the hospital has been targeted three times in the past, with this time considered to be the most destructive.

“I am a surgeon working in the Sham Hospital.

Shortly before we arrived to the hospital on Tuesday morning, Russian warplanes targeted the hospital I work for with three air raids, including an interstitial missile that penetrates fortification.

The three raids put the hospital out of service as all of the equipment stopped functioning and the building was demolished.

The hospital is surgical, and equally serves both war and civilian casualties.

We generally serve the whole area and surrounding towns, whether in rural Idlib or Hama.

Luckily, no injuries of our hospital’s medical cadre were recorded and damages were limited to the material aspect only.” 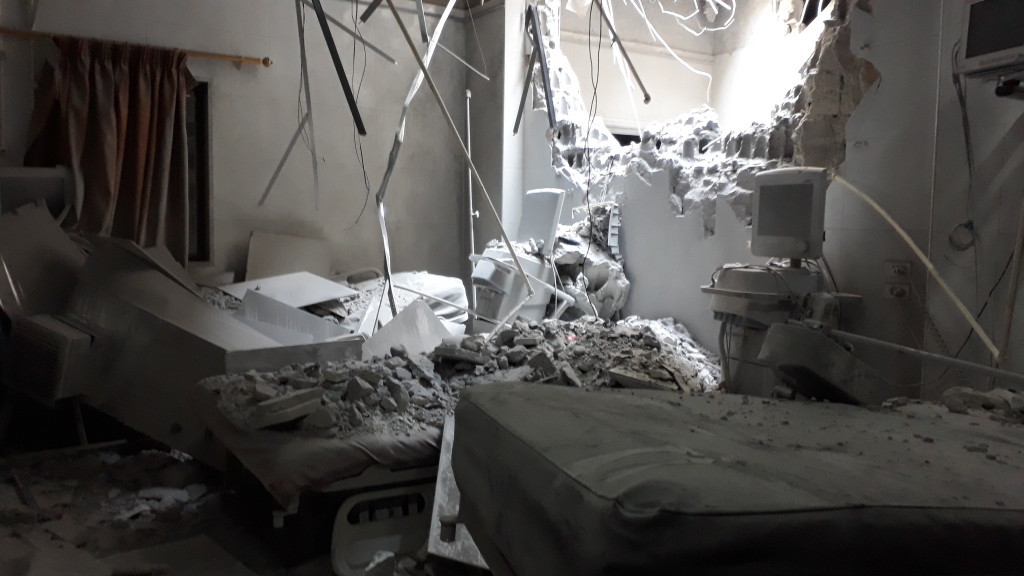 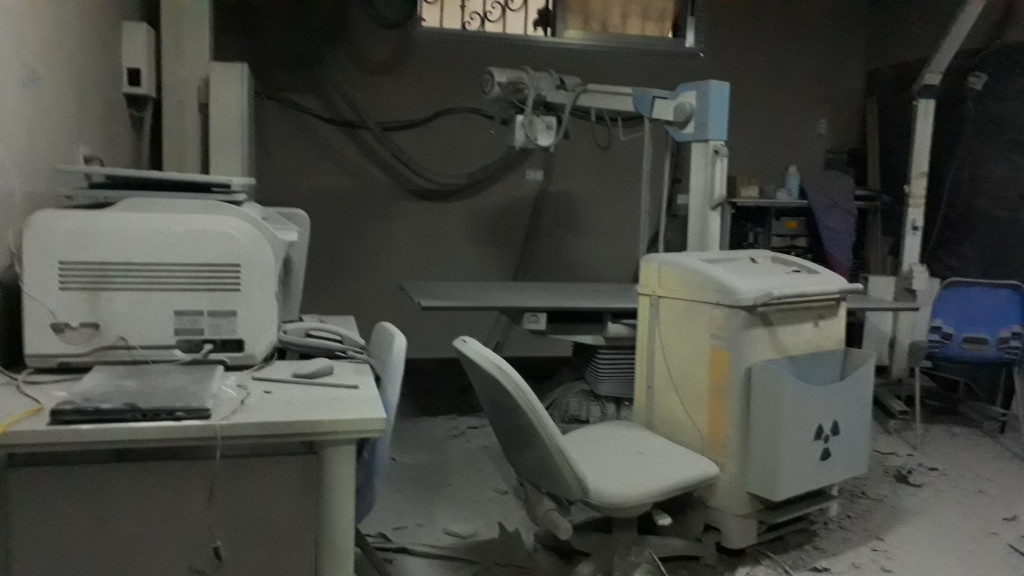 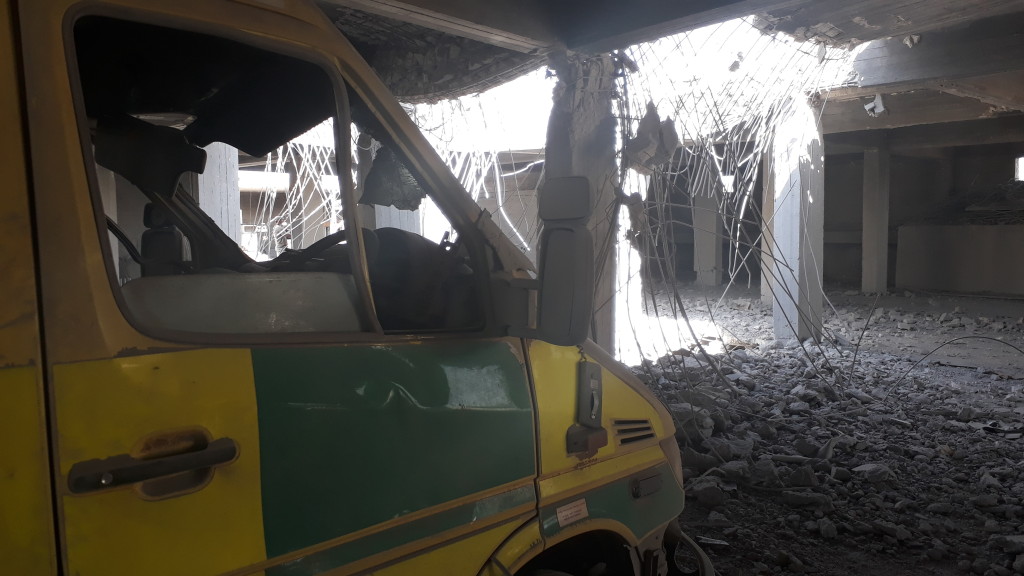 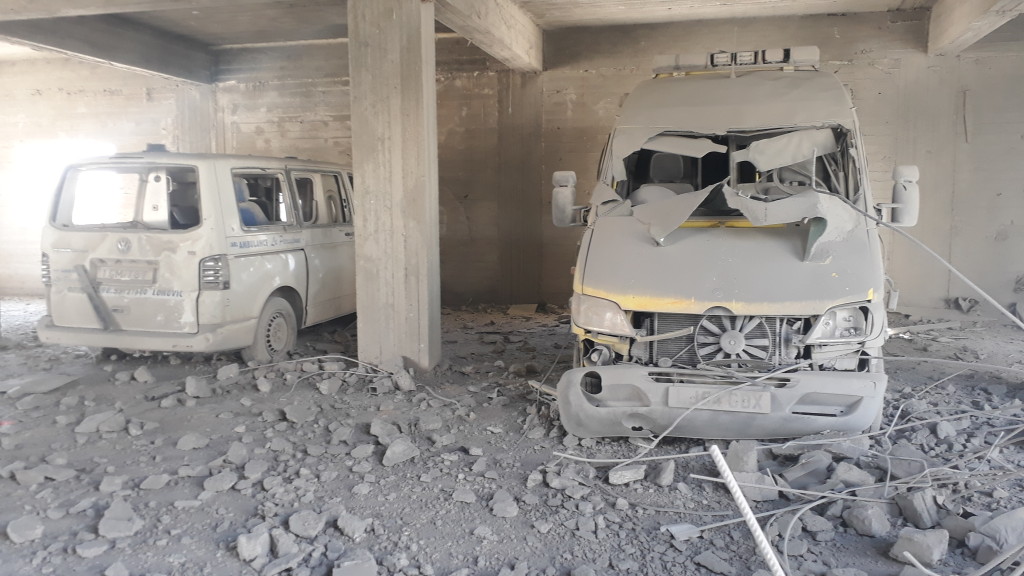 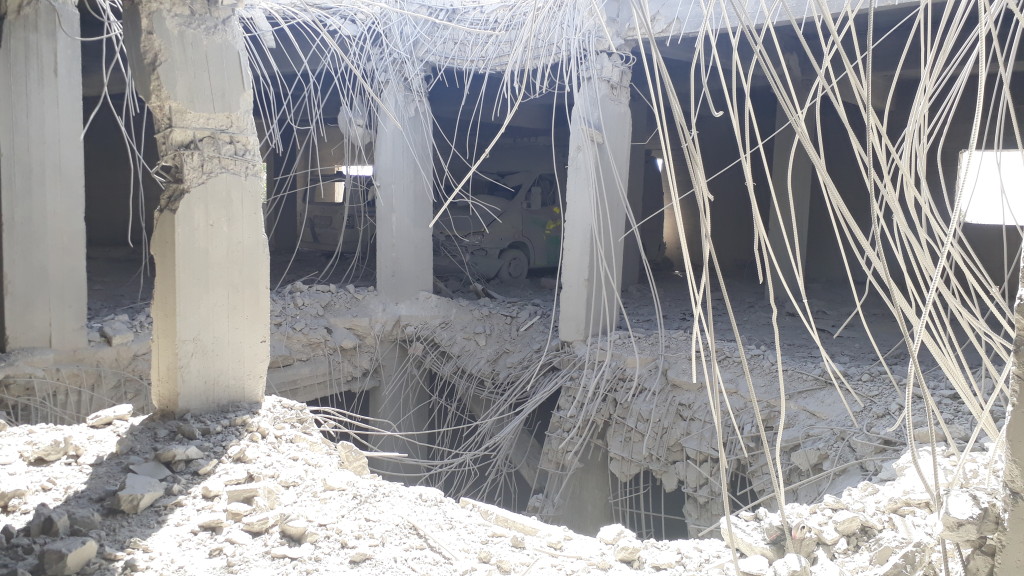