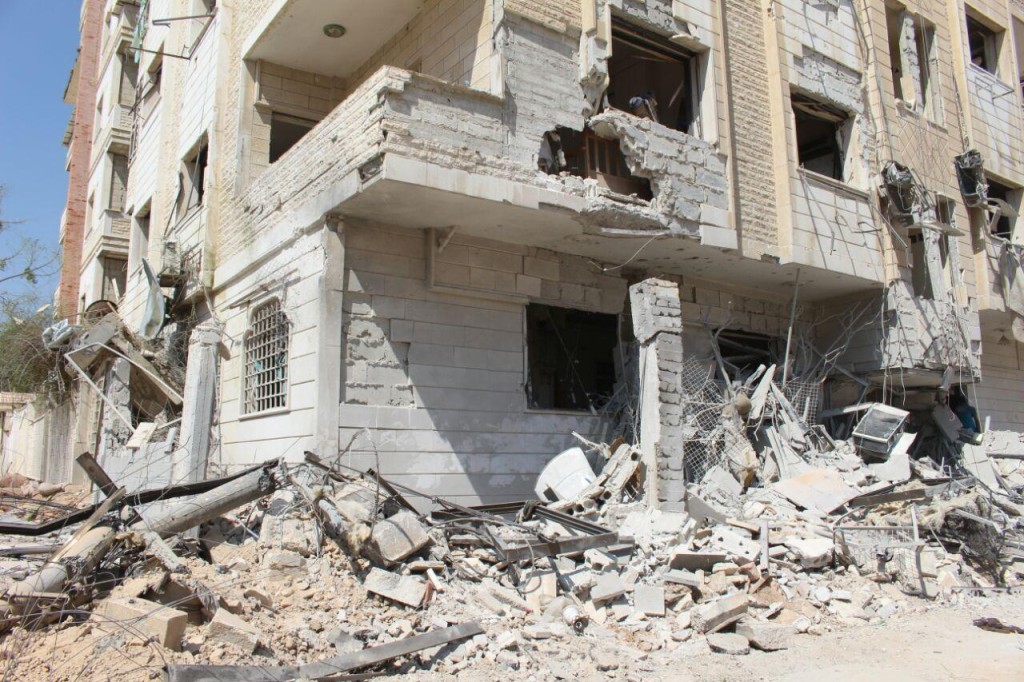 The centre is one of a kind in Ghouta, located in Douma city within eastern Ghouta in the Rif Dimashq province. It is a healthcare centre with nursing and diagnostic services, equipped with sports and physiotherapy equipment. Additionally, it hosts a training and educational rehabilitation centre for registered patients, where the centre offers courses in English, International Computer Driving License (ICDL) and literacy.

The maximam capacity of the centre is 15 patients (from all around besieged eastern Ghouta) due to the lack of support, limited resources and the limited space.

On Tuesday afternoon 26th of September 2017, a Syrian regime warplane dropped three rockets in an air raid over the centre, in tandem with an artillery shell bombing, causing major material damage that put the centre out of service.

The warplane also carried out two air raids on the centre’s surroundings within the same time frame.

The bombing also resulted in the collapse of the centre’s walls and caused major material damage to the physiotherapy, sports and healthcare equipment, putting all of them out of service.

The centre cares for spinal cord injuries; where it brings out those injured from the isolation and depression they suffer and works to better integrate them into society.

The centre delivers psychological rehabilitation services (in individual and group sessions) by a specialist doctor, an intense physiotherapy programme with a diet that matches the effort the patient puts in, and a comprehensive medical service with diagnostic and periodic consultation services.

The centre also provides vocational training services, including Computing and English Language classes, as well as recreational trips for the patients.

We used to accommodate patients from all over eastern Ghouta, despite the limited space.

On the 26th of September, warplanes targeted the centre directly with three missiles and caused direct damage to the centre. The targeting occurred around the same time the patients were leaving to get home.

The bombing caused deaths and injuries to patients and medical personnel.

The centre stopped functioning and has been out of service since being targeted, but our cadre will rise up once again and will work quickly to rehabilitate the centre in another area as soon as possible. 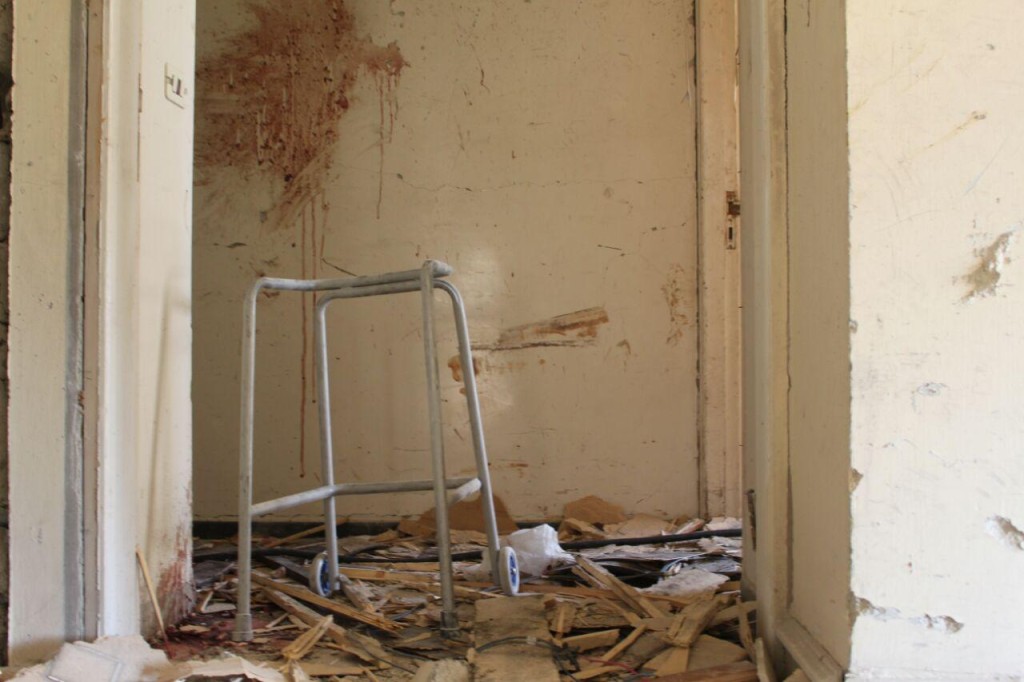