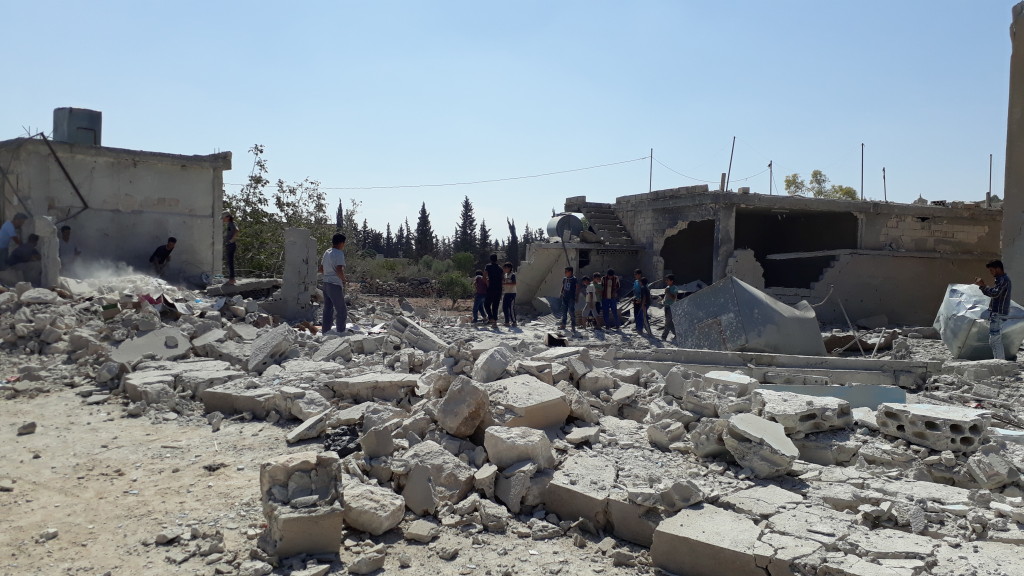 ‘Rifiyah Shamaliyah’ (Northern Rural) school is located in the Shamali neighbourhood of Maarrat Hurmah village in southern rural Idlib. The premises consists of two floors, and is a mixed-sex primary school.

At 8pm on Monday 25th of September 2017, Russian warplanes carried out two air raids dropping interstitial missiles on the school. This caused major material damage to the school and put it out of service.

The bombing penetrated both floors of the building. The top floor was completely destroyed and most of the walls were demolished, whilst major material damage was caused to the bottom floor.

The bombing also led to the complete destruction of the school’s furniture and equipment, as well as the book depository at the bottom floor of the building.

It is noteworthy that the Syrian Civil Defence ran a campaign called “Our Children, Our Hope”, to rehabilitate partially destroyed schools in both the rural areas of Idlib and Hama with the start of the new academic year 2017 – 2018. 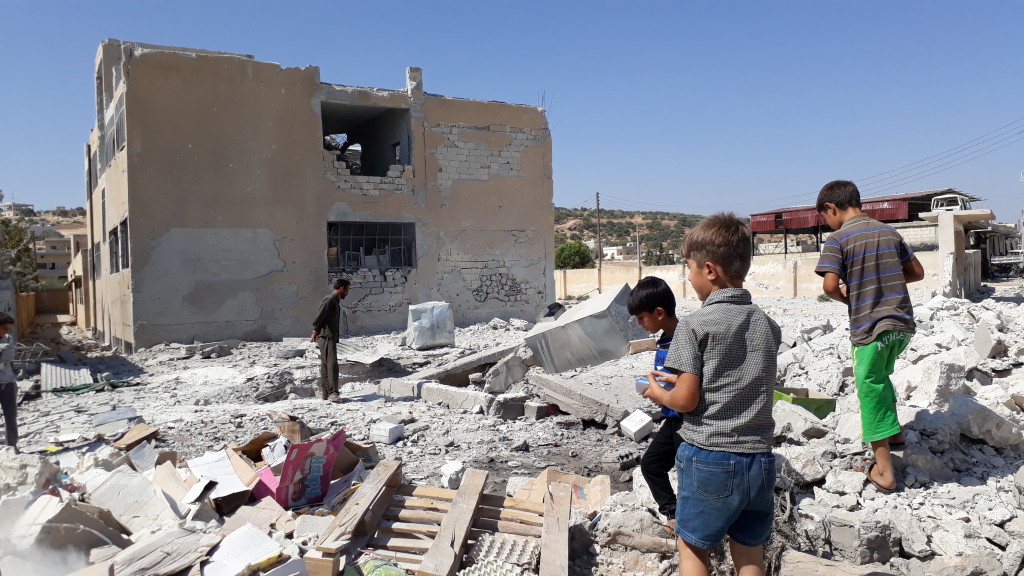 “I am Sameer Khaloof, from the people of Maarrat Hurmah town. Whilst I was having dinner with my household on the evening of Monday 25th of September, a Russian warplane carried out an air raid over the town. My mother was harmed due to this air raid with minor injuries, as well as my niece, but no one was killed.

The warplane also targeted the Rifiyah school, north of this town. Most of the premises was destroyed and the school is now out of service.

The Rifiyah school is far from any armed faction headquarters, and there is no armed person  belonging to any party within it.” 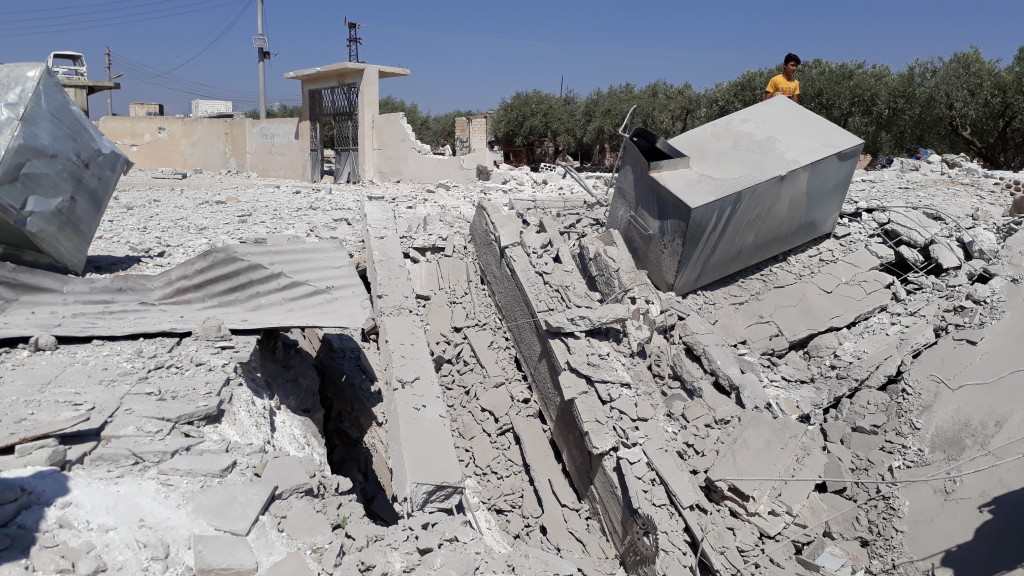 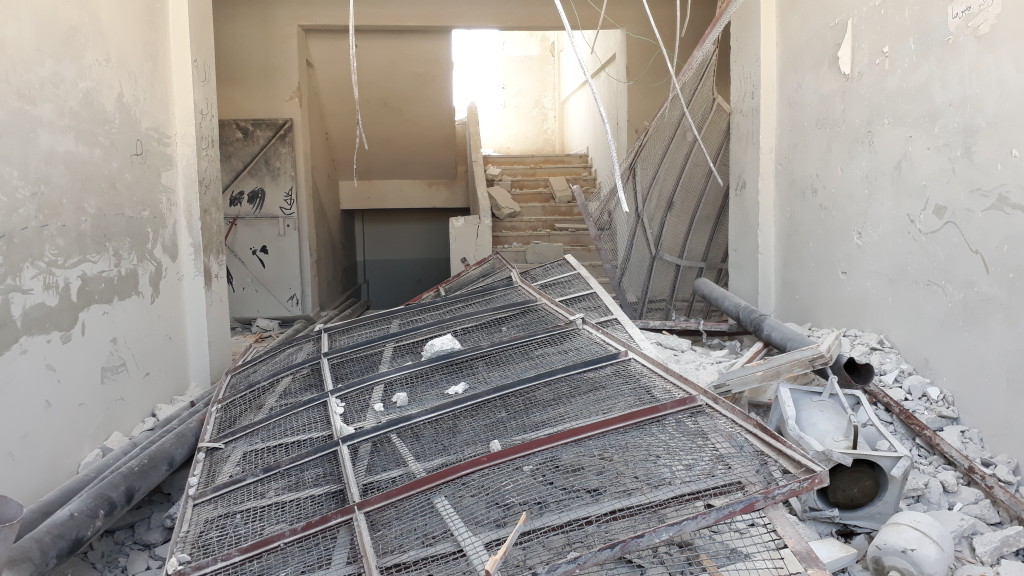