You are here: Home / Editors choice / Documenting the Massacre in Atarib Market 13/11/2017 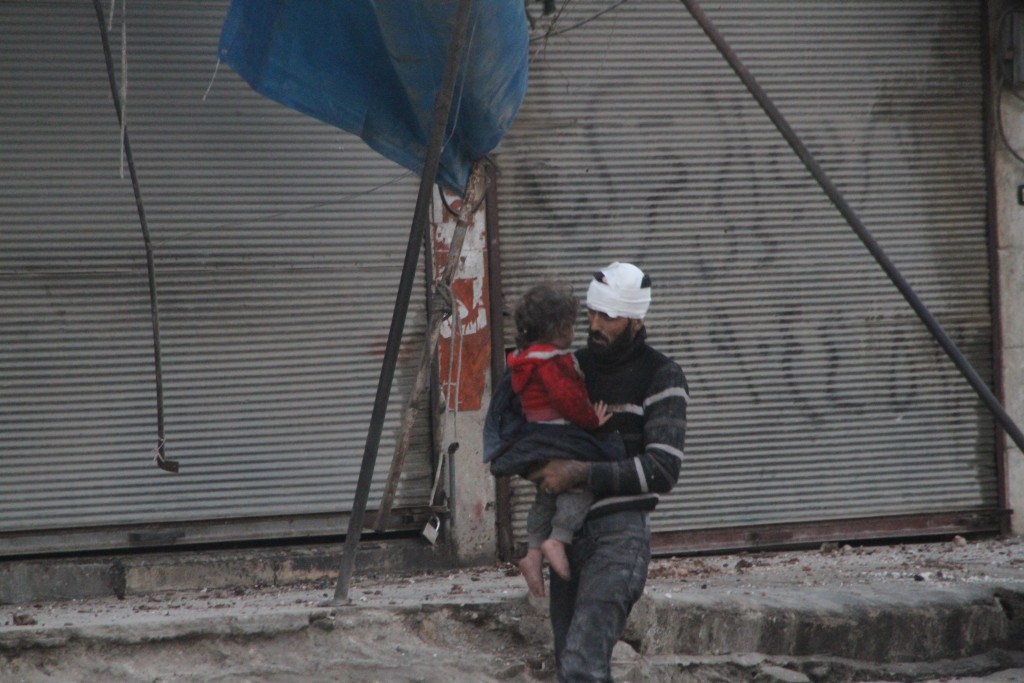 Atarib city is located in Western Rural Aleppo and is among the regions that recently joined the ‘de-escalation zone’ agreement.

At exactly 2:08pm on Tuesday afternoon the 13th of November 2017, warplanes believed to be Russian, in conjunction with Syrian regime warplanes, raided the main market (popular market) in Atarib city, west of Aleppo, with three interstitial rockets. This resulted in the death of 82 people, injuries to over 100 people and major material damage to a large number of shops.

The raids also targeted the Atarib police centre building (Atarib outpost), that is affiliated with Aleppo Free Police, with another three Interstitial rockets. The building consists of three floors; the top two floors were destroyed after the rockets penetrated the building, and the bottom floor suffered major material damage. Furthermore, 13 police officers were killed and another 12 were injured.

The civil defence in both Idlib and Aleppo rushed to the scene immediately to remove the rubble, to extract the victims and to rescue the civilians.

The process of removing rubble and recovering all of the dead bodies continued for nine consecutive days.

Testimony of Ismail Al-Abdullah (member of the civil defence in the Atarib centre):

Tuesday the 13th of November 2017 was a quiet, regular day from the morning, as the bombing of the city had stopped since the Turkish forces entered in mid-October and stationed themselves in Darat Azza city, a few kilometres away from the city.

The targeting occured after 1pm. Initially, I only heard the sound of a huge explosion but not the sound of the first raid, then the sound of warplanes began clearly.

I went up to the roof of the building where I am usually located, and saw smoke rising from the direction of the city’s main road. I then learned that the raid had targeted the Atarib city police centre, then the raids followed one after the other.

The street was crowded as the bombing was not expected, and the people of the city knew that the city was covered by the de-escalation zone agreement, and so movement was normal in the city’s streets prior to the targeting. Additionally, the afternoon is considered peak time here, and it’s also the time children leave schools.

Our team could not head towards the targeted location until the raids stopped entirely, then we moved. When we arrived, the situation was very bad. The market was totally destroyed and there was a lot of rubble. Bodies were everywhere and under the rubble, and the wounded were in the streets waiting to be hospitalised.

We transferred the wounded to the Atarib hospital, but as there was overcrowding due to the high number of those wounded, we transferred them with ambulances to other hospitals like the Kafr Karmeen hospital and Al-Dana Hospital. Additionally, we transferred several cases for treatment in Turkey.

Sixty-nine names were documented after all the rubble was removed, including the victims of the police outpost, whilst 12 bodies were not identified.

The names identified are as follows: 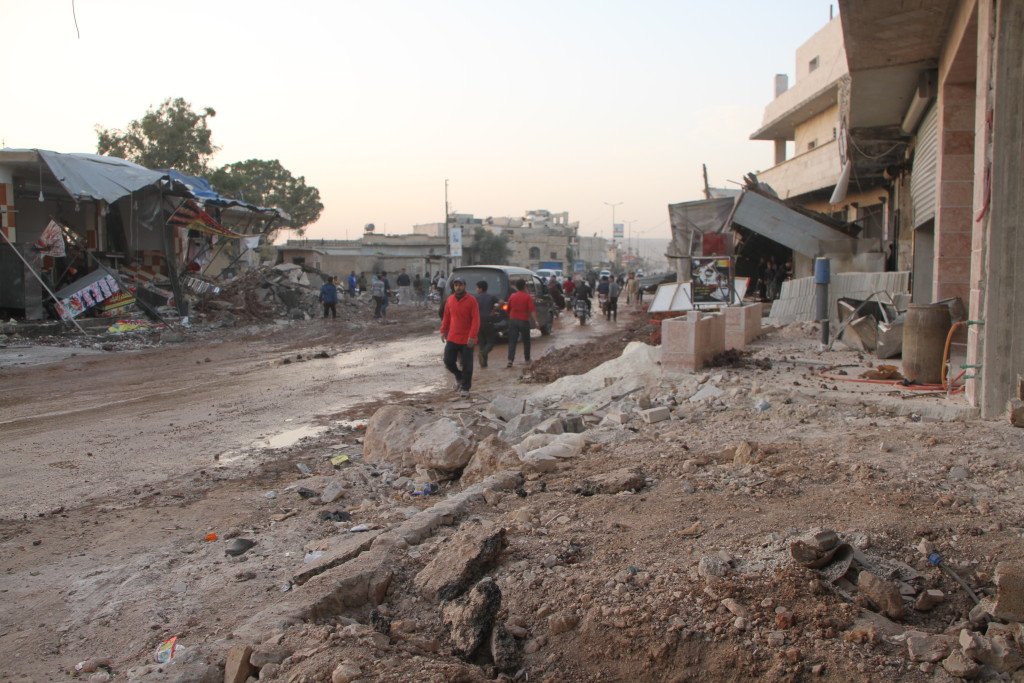 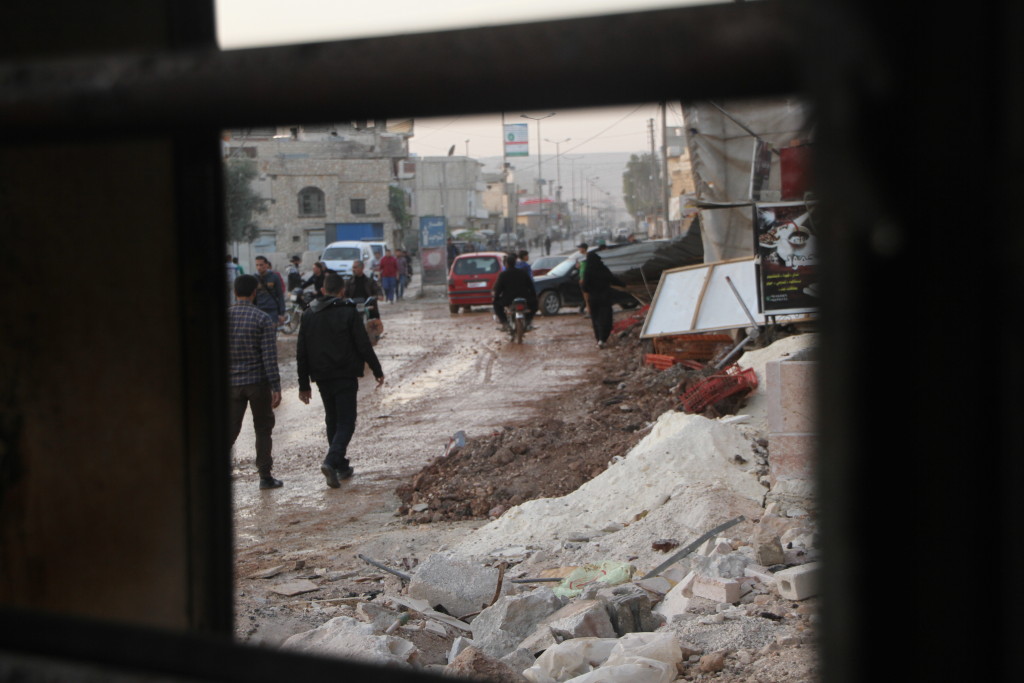