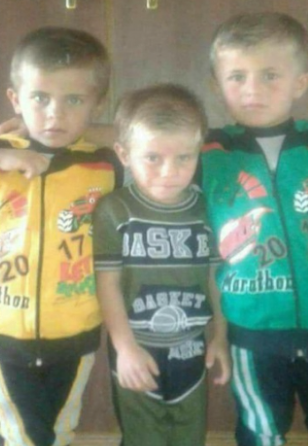 Four children were killed when the remnants of a cluster bomb exploded in Kafr Sajna town, in southern rural Idlib.

The remnants, which had been found in a farmland, are believed to be the result of a previous Russian bombing of the town.

Three of the children, two of whom were twins, were named: Asma Rajab, Tayyib and Erdogan, after the Turkish president Recep Tayyip Erdogan.

The civil defence team had been informed today of unexploded cluster bombs found in Bilyon village in Rif Idlib. They headed to the village and located the bombs to be defused at a later time.