You are here: Home / Editors choice / Mine Injures 4 Russian Journalists 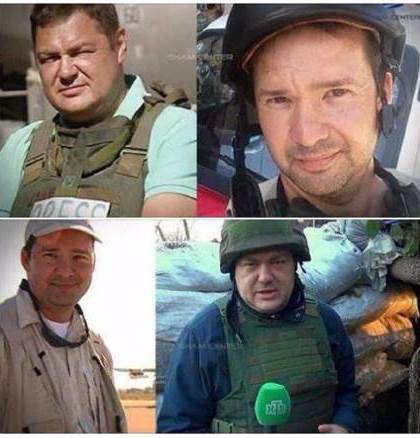 Four Russian journalists were injured on Monday afternoon, due to the explosion of a landmine near Port Saeed street in Al-Moddafen Neighborhood located in the Deir ez-Zor city.

The Russian Defense Ministry identified the journalists in a statement as: Ilya Ushenin and Timur Voronov from NTV and Konstantin Khudoleyev and Dmitry Starodubsky from Zvezda TV channel. Additionally, five Russian servicemen from the demining centre, who were clearing the area of mines, have also been injured.

The wounded have been transferred from the Russian Khmeimim airbase located south of Latakia to Chkalovsky Airport in Moscow via a medical flight.