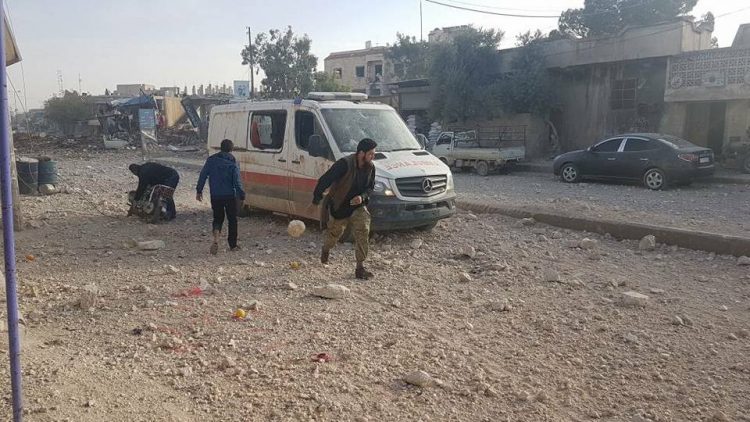 Field sources from western rural Aleppo have reported that Russian war planes launched a number of air strikes on the town of al-Atarib today. The strikes targeted the main market of the town as well as the local police outpost.

The sources reported the number of those killed as 62, in addition to 150 injured. Both figures are likely to rise. Several buildings were also destroyed whilst residents were inside.

Activists have shared photos of the torn limbs of victims spread amongst the rubble of destroyed buildings.

The Syrian Human Rights Committee strongly and most vehemently condemns this massacre, and holds the Russian forces and Syrian regime responsible for the systematic killing which paves way to war crimes and crimes against humanity.