You are here: Home / Editors choice / Palestinian Refugees in Syria: Double the suffering 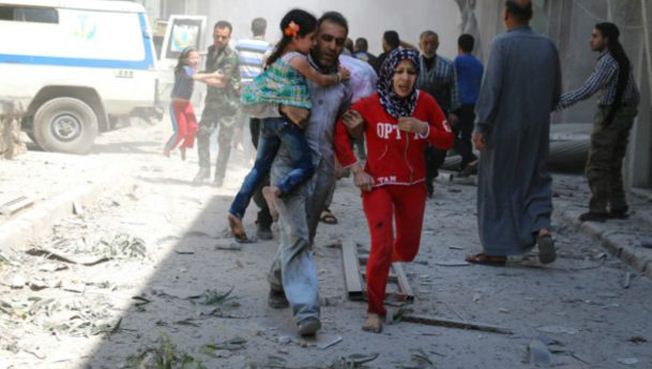 The presence of Palestinian refugees in Syria dates back to 1948, when over 80,000 people from Northern Palestine sought refuge in Syria. They were then followed by 3 major batches of refugees in the years 1956, 1967 and 1973 until their numbers exceeded half a million people, according to The United Nations Relief and Works Agency for Palestinian Refugees.

The Palestinian refugees in Syria are spread over the governorates of Damascus, Rif Dimashq, Aleppo, Homs, Hama, Daraa and Latakia, with their largest presence being in Damascus and Rif Dimashq. The Yarmouk camp stands out as the greatest gathering of Palestinians outside of Palestine.

Since the beginning of the revolution, Bashar al-Assad’s regime has accused the Palestinian refugees of advocating and engaging in the revolution due to their neutral stance. The regime also used the militia of it’s supporting Palestinian factions in the camps, such as Ahmed Jibril’s militia (Popular Front- General command) and others, to cause conflict between brethren. Furthermore, the regime sought revenge from the supporters of the Hammas movement in the camps, a movement which had abstained from interfering in Syrian affairs, by detainment, eradication, provocation, expulsion from homes and evacuation. This unrestrained abuse extended to include the general population of Palestinian refugees. This then facilitated extremist organisations to take over the Yarmouk camp which gave the regime the justification to siege the camp for a period of nearly two years; cutting off nutrition, electricity and water and led to the displacement of it’s people. Out of an initial population of 150,000 Palestinians in the Yarmouk camp, there are no more than 3000 remaining. Additionally, Palestinians are forbidden from returning to the camp, in a scheme that is believed to be linked to a demographic change of the region in the interest of the regimes’ projects.

One of the operating Palestinian groups documented the following figures (which have not been finalised):