You are here: Home / Editors choice / Increase in Attacks on Medical and Relief Sector in September 2017 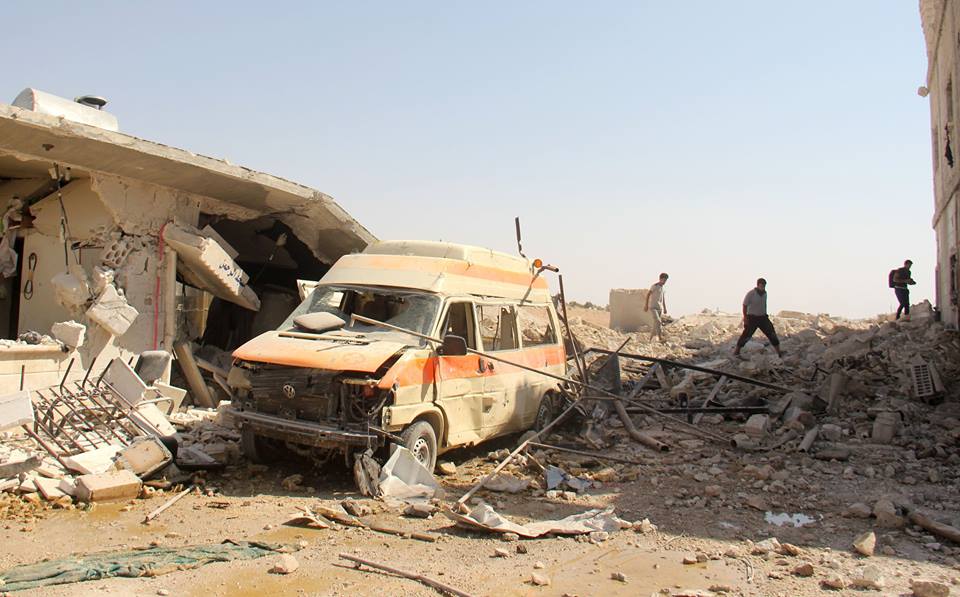 September 2017 witnessed a sharp increase in attacks on the medical and relief sector in Syria. The main reason for this increase was the Russian onslaught on Idlib, which began on 19/9/2017.

The attacks on the civil defence led to the killing of one officer, the injury of six others, and caused great material damage to 12 ambulances.