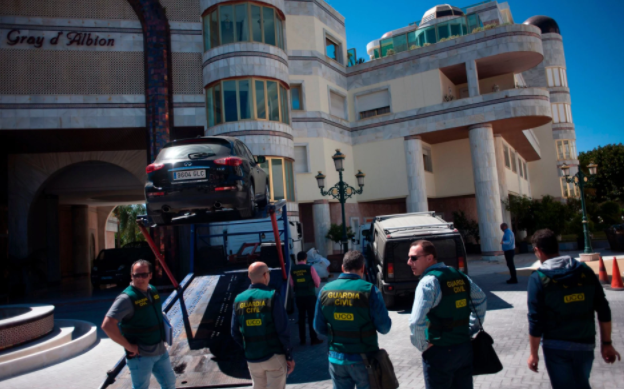 The British newspaper, “The Times” reported today that the British Public Prosecution has began to take measurements to freeze the assets of Rif’at al-Asad in Britain, which are over £300 million, according to the newspaper.

The measurements taken are linked to an investigation being conducted in France to discover the source of the wealth of Rif’at al-Asad.  The French judiciary opened the investigation on 30/09/2013, after a complaint was filed on 13/09/2013 by the two groups “Transparency” and “Sharba” which work to tackle corruption.

Last April, Spanish authorities seized over 500 properties close to the city of Marbella all of which belong to Rif’at al-Asad and are worth over 590 million euros. In addition, 16 bank accounts were frozen as well as the deposits of 76 companies.

Concerning the case, the Spanish judge said in her decision that she believes that Rif’at al-Asad took approximately 250 million from the Syrian treasury in 1984, and brought properties in Luxembourg, France and elsewhere.