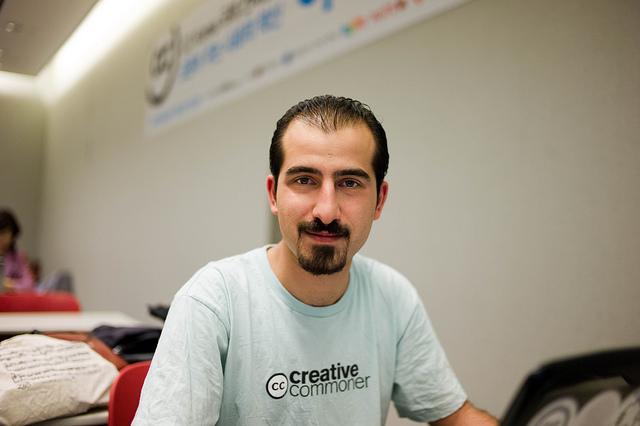 The family of the detainee Basil Khartabil al-Safadi (1981) have come to know that he was killed whilst detained by the Syrian regime intelligence.

According to the announcement made by his fiance, Noura Ghazi, the intelligence killed al-Safadi days following his transferal to Adra Prison in Damascus on 3/10/2015.

A Syrian of Palestinian origin, Safadi was arrested on 15/3/2012 due to his political views which oppose that of the Syrian regime. During his period of detention he was neither accused nor taken to court.

Dubbed by others as the “internet pioneer of Syria”, Safadi was one of the most prominent computer engineers of the country.

Whilst in detention, he won the “Digital Freedom Watch Index Award” in 2013, and was selected by the Foreign Policy Magazine as one to the top 100 global thinkers of 2012.