You are here: Home / Editors choice / Member of International Commission of Inquiry on Syria Resigns 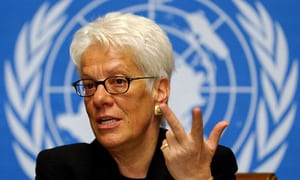 Carla Del Ponte, a member of the International Commission of Inquiry on Syria, has announced her resignation from the commission. She cited the lack of political support for the commission, as well as the fact that- as long as the security council did not act- the commission had absolutely no authority to make a move. In a interview to a leading British newspaper, she said the result was “no justice for the victims, total impunity in Syria”.

The commission is compromised of three investigators, whom, in addition to Ponte, include Karen Conning Abu Zeid and the Brazilian human rights expert Paulo Sergio Pinheiro.