You are here: Home / Editors choice / Car Explosion in Damascus 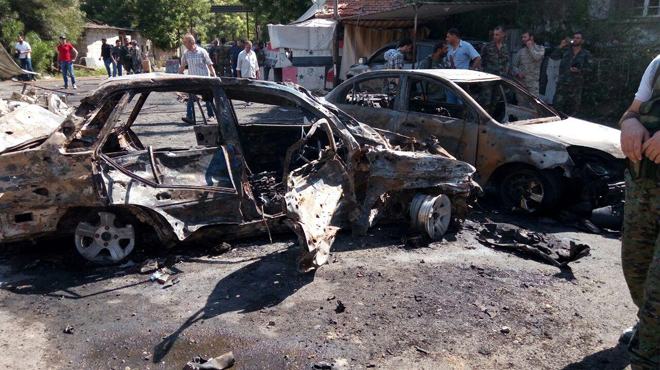 A car exploded in the Syrian capital Damascus, killing 19 people according to regime sources.

The interior ministry said that security intelligence followed three cars suspected to be containing explosives. The driver of one of the cars detonated the car at the Ghadeer square in Bab Tuma, whilst the other two cars were exploded by the intelligence at the airport complex.

No side claimed responsibility for the car explosion, although the interior ministry sufficed of accusing the “terrorists”, without clarifying who they were.