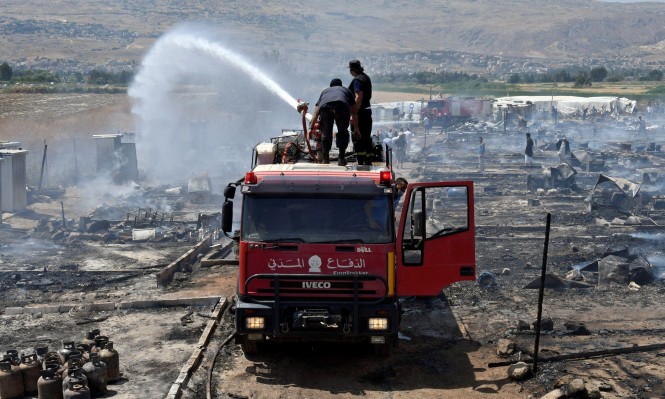 At Tuesday dawn, a fire broke out in the “Tal al-Sarhoon Camp” for Syrian refugees on the Deir Zanoon way, in Riyaq, Bar al-Yaas, in the Bekaa region.

The fire, which began around 1am, led to the death of a young girl and the injury of 14 others. Approximately 20 tents, in a camp of 100 camps, were damaged.

On Sunday, a fire also broke out in the “al-Ra’id” camp for Syrian refugees, in the middle Bekaa area. A young boy was killed and six others left with injuries.

Unlike other neighbouring countries, Lebanon has not allowed for official refugee camps to be set up for refugees, which has meant that international organisations have not been allowed to offer suitable services for refugees. Such a decision has also limited the Lebanese authorities from providing the refugees of even the most basic needs.