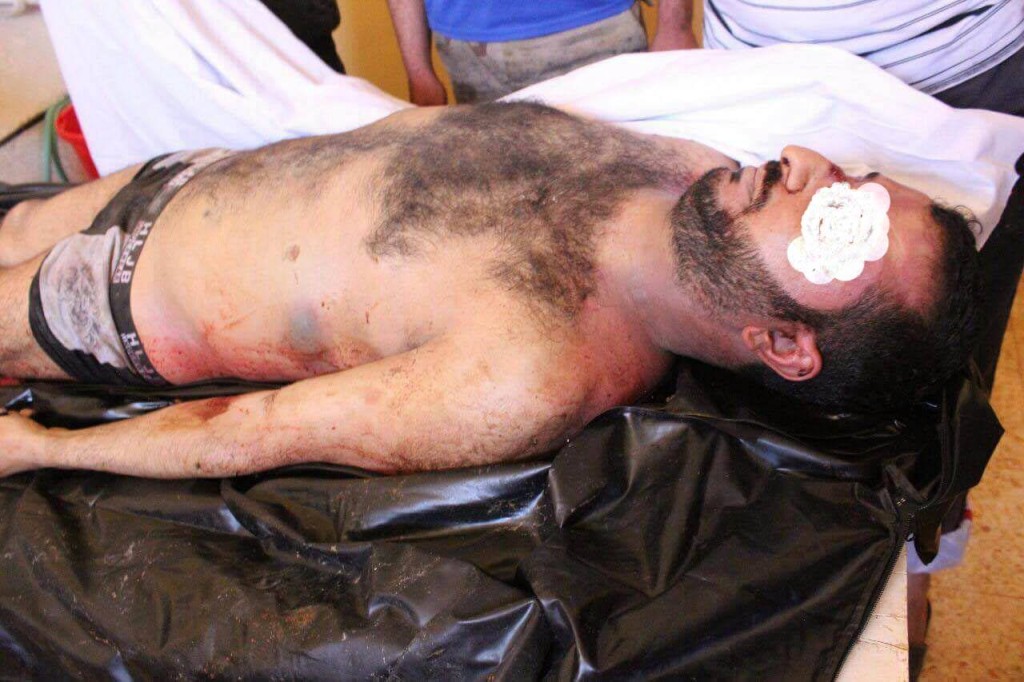 At least eight Syrian refugees have died whilst being detained by the Lebanese army. It is thought that those who died, did so under torture and due to the inhumane conditions in the places of detention and arrest.

The Lebanese army said that it had become clear that a number of those whom they had detained “suffered from chronic diseases which were exacerbated in the climatic conditions, and that they were immediately transferred to hospital prior to being questioned. However, their conditions worsened and they passed away (four of them)”.

The Lebanese army admitted that the following detainees had passed away: Mustafa Abdul Kareem Absah, Khalid Hossein al-Malees, Anas Hussein al-Hasiki (nurse) and Othman Mar’i al-Malees; whilst not admitting to the deaths of the rest of the detainees, amongst whom only one was identified- Marwan al-Issa.

Lebanese human rights groups have reported that the Lebanese army handed over the bodies of the dead to the Mayor of Arsal, who in turn oversaw their burial and forbade the families of the deceased of taking any photos of the dead.

The statement made by the Lebanese army itself admitted to the fact that their places of detention do not take into account the miminum rules for inmates, when citing that the inmates had died due to climatic conditions. This is although the statement attempted to indicate that the detainees had died due to the weather- temperatures between the 1-4/7/2017 reached  between 32-30 degrees celcius, in addition to the claims that detainees had chronic diseases; these excuses cannot be accepted for any single one of the deceased, particularly as all eight inmates passed away in the same period. In any case, the admittance of the Lebanese army constitutes a conviction that allows the army to be prosecuted on a charge of causing the deaths of detainees that were under its responsibility.

In addition, the Lebanese army also violated the most basic of rules and rights when dealing with those who had died: the army intelligence in Arsal did not enable a notary public to allow the victims’ families to hire lawyers. The public prosecutor’s office in the Bekaa also allowed the bodies to be handed over without having undergone a criminal autopsy.

SHRC condemns the dangerous violations being carried out against Syrian refugees in Lebanon, and calls upon both Lebanese and international human rights groups to follow up the series of violations being committed against the Syrian camps in Arsal since last Friday, and what has happened since at checkpoints. SHRC calls upon these organisations to place pressure on the Lebanese government to visit those who have been stopped and arrested and assess the reality of their places of detention.

SHRC also calls upon the EU to do its part in this regard, especially as the head of the EU in Lebanon, Christina Lassen, had visited the sites of the 9th Brigade in the Lebanese army deployed around the town of Arsal on 6/6/2017, and renewed during the visit what she described as the full support of the European Union for the Ninth Brigade to secure the Syrian-Lebanese border whilst praising its commitment to combating terrorism.