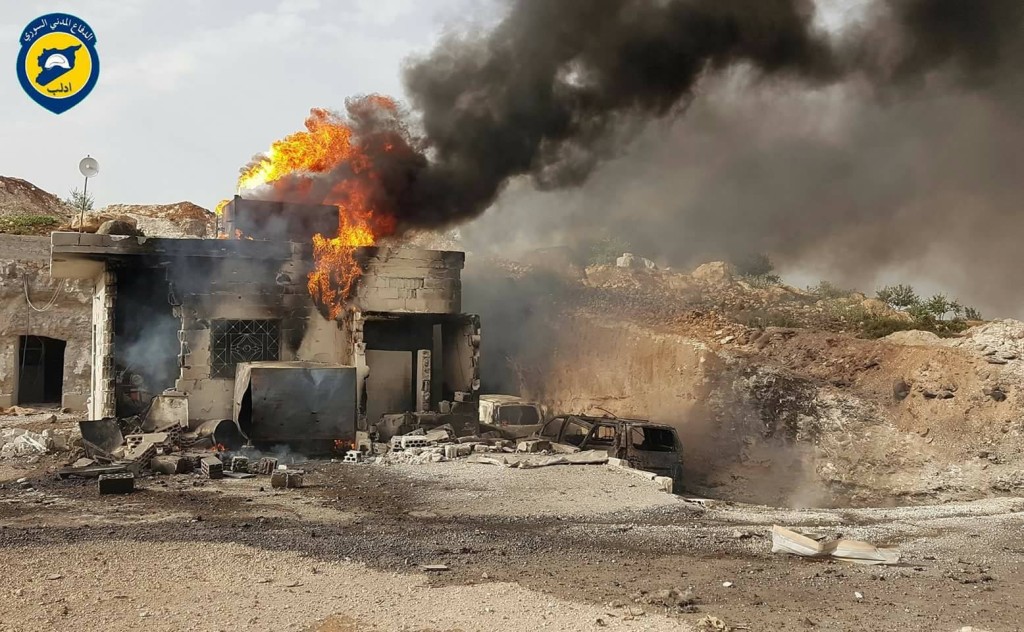 War planes believed to be Russian targeted a medical point ran by the “Shamuna al-Tayiba” organisation in Ma’arzita, southern rural Idlib, with several air strikes. Four medical staff were killed and the building was destroyed, as well as a number of equipment owned by the medical point.

War planes believed to be Russian also targeted the specialist University hospital in the village of al-Deir al-Sharqi, rural Idlib. Three patients that were in the intensive care unit were killed and several others were injured. In addition, large material damage was caused to the building.

These strikes come as part of a campaign by Russian war planes in targeting hospitals and medical points in Idlib, with eight medical organisations targeted in April so far.