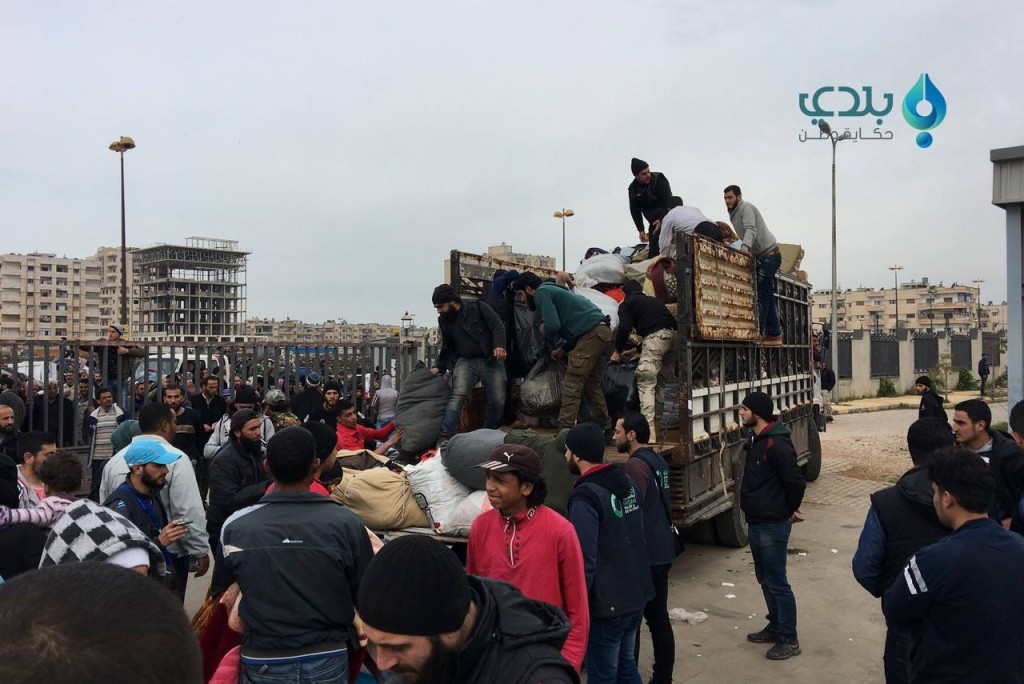 The fourth batch of families from al’Wa’er have began to leave, heading towards Jarablus as per the agreement reached on 13/3/2017, and which began to be implemented on 18/3/2017 when the first batch of families ad fighters left, followed by the second batch on the 25/3, and the third batch which left on 1/4.

This batch will see approximately 2500 people  leave. Around 5000 residents left in the last three batches altogether.