You are here: Home / Editors choice / Injuries Among the Ranks of the Civil Defence 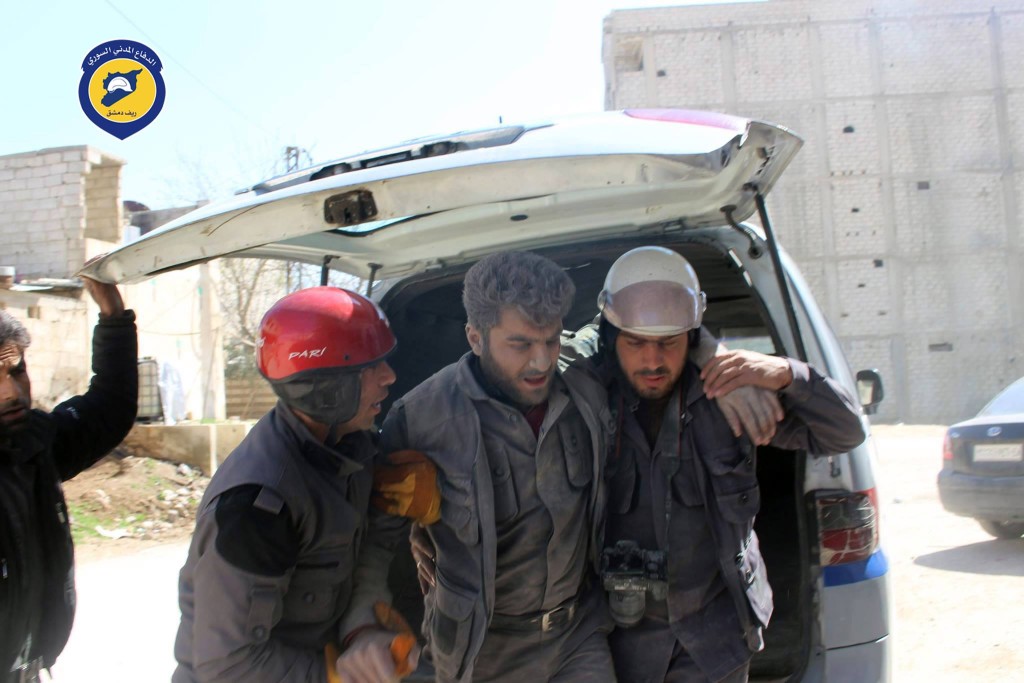 Air and land bombing on the cities and towns of rural Damascus has led to the injury of eight civil defence officers today.

The civil defence team of Centre 101 was subjected to artillery bombing whilst transporting the injured in Arbeen, rural Damascus, causing injury to two volunteers and light damage to an ambulance.

Five other volunteers from Centre 201 were injured whilst they lifted the rubble and searched for victims of the air strikes on Hamouriya, rural Damascus.

Finally, a volunteer of the civil defence Centre 400 suffered from a case of suffocation after inhaling fumes from chemicals activated by air strikes, in an area containing cleaning products.